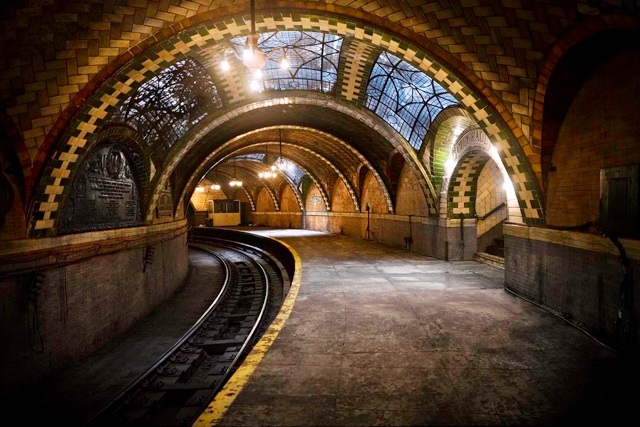 New York City’s beautifully restored City Hall Subway Station has been closed to the public for decades, however enterprising subway riders can view this secret station by riding an out-of-service 6 train.

While the station may be closed, and very few straphangers have actually seen it, the track on which City Hall Station is located is not abandoned. The #6 trains still pass through it on their way northbound, reversing direction using the loop for the journey back to the Bronx. In fact, to get to City Hall station, one must ride on an out-of-service #6 train. To get out, the motorman would key open a a single end door to allow visitors to step carefully out onto the platform. First-time visitors are awe-struck at the station’s huge glass and brick arches and tiling. From time to time the NY Transit Museum has tours of this station, but these have been suspended due to perceived security risks in the area around City Hall.

[via Jalopnik via David Klass]