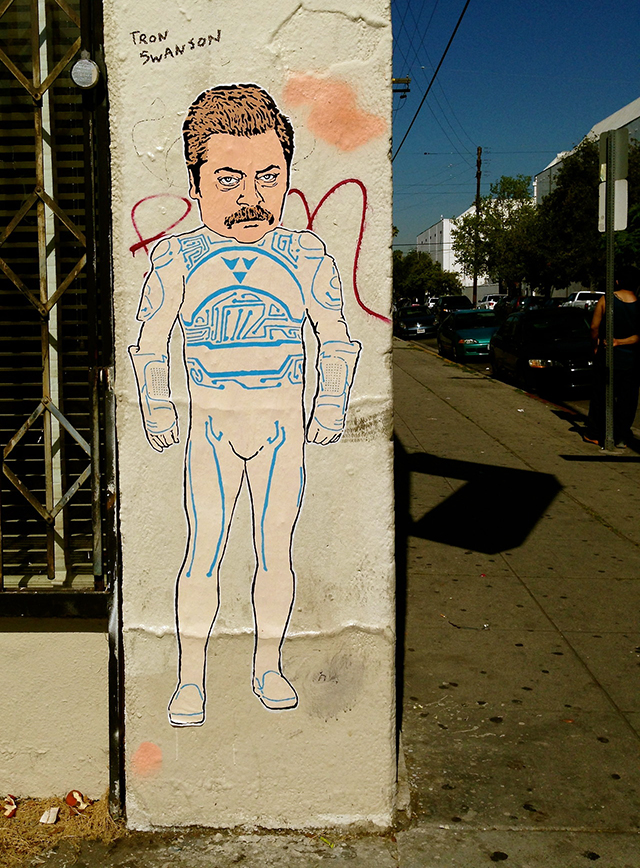 How The West Was Pun is an upcoming solo art show by New York City-based street artist Hanksy at Gallery1988 (West) in Los Angeles featuring a clever collection of his pun-filled pop culture street art. The show will open on Friday, May 24th from 7 PM to 10 PM and runs until June 15, 2013. Previously we wrote about more of Hanksy’s punny street art and prep work for his solo art show.

The artist has had two consecutive sell-out shows, and now he brings his satirical pieces of celebrity pun worship to Los Angeles. The show will include original paintings, giclee prints, his first screenprints, wall murals and toilet seats.

Teamed up with Pharrell Williams and I Am Other for the short film, “It’s a Punderful Life” chronicling my work, origins, and obsession with celebrity. 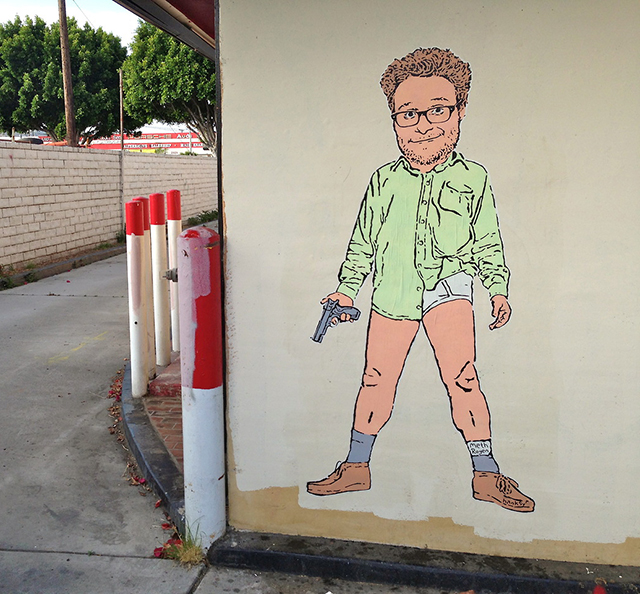 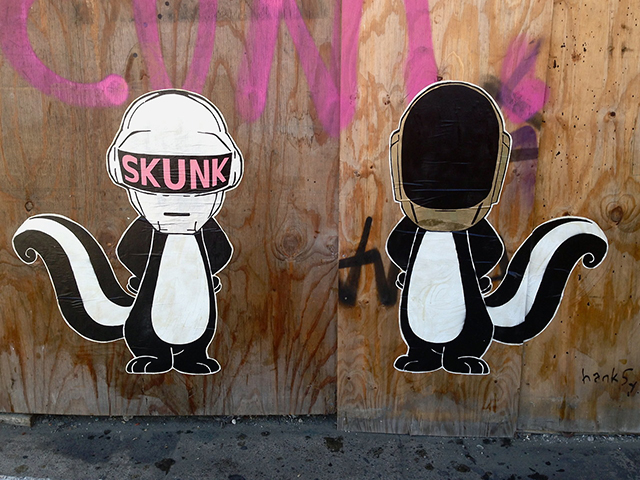 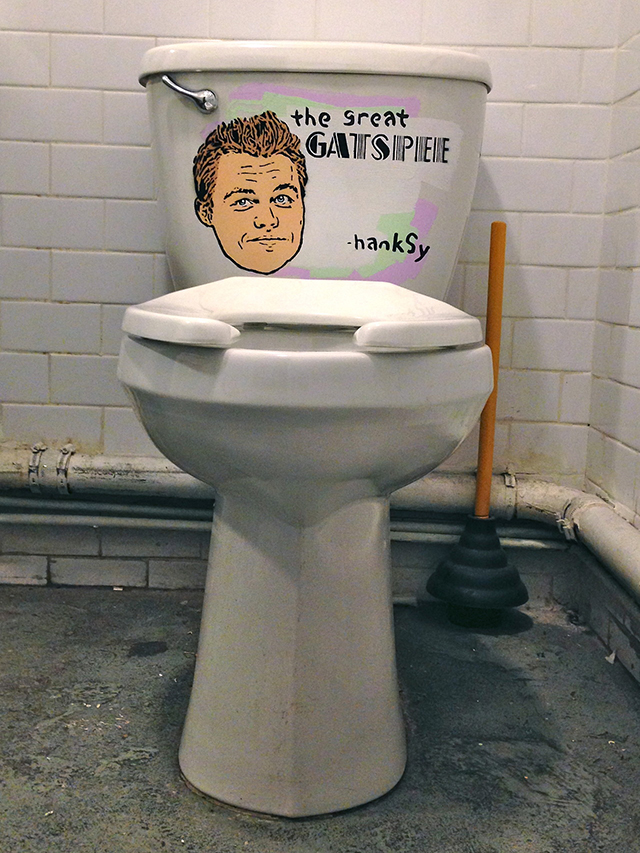 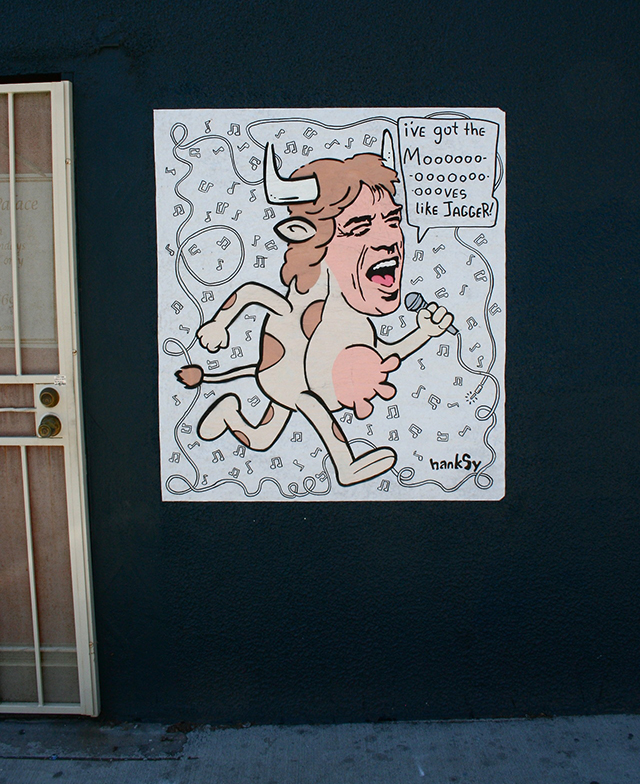 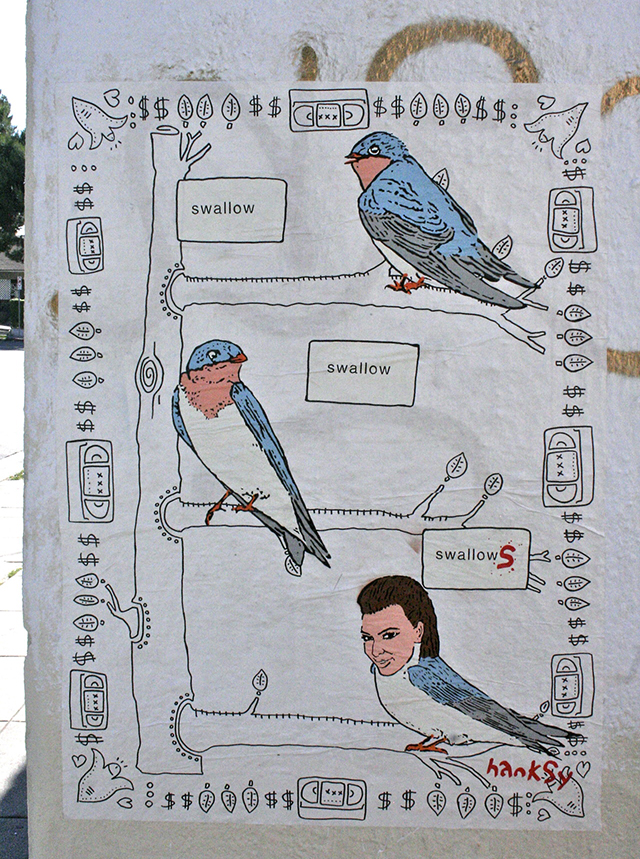 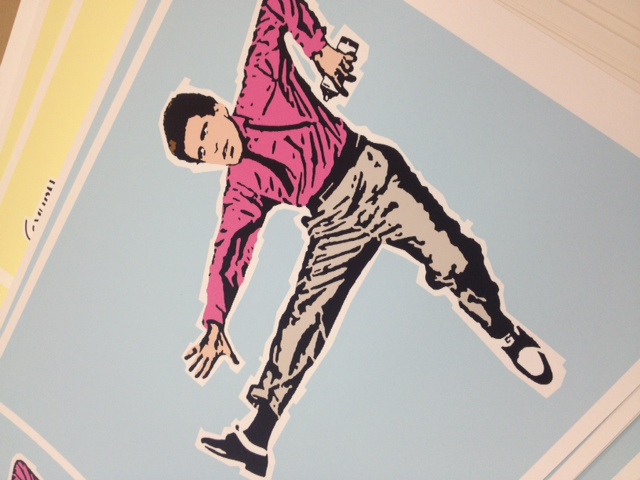 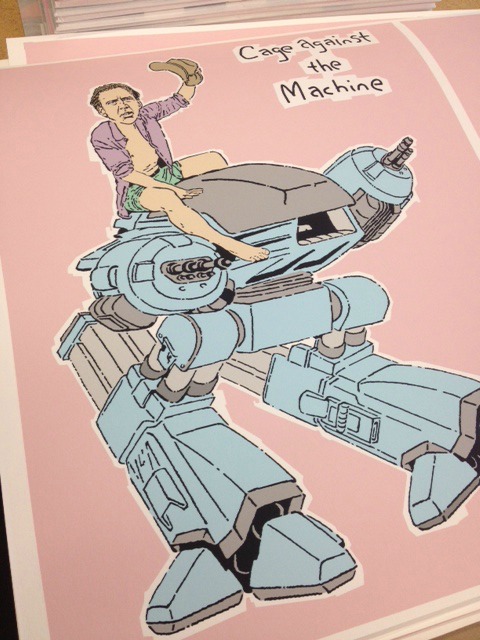 “Cage Against The Machine” (art prints) 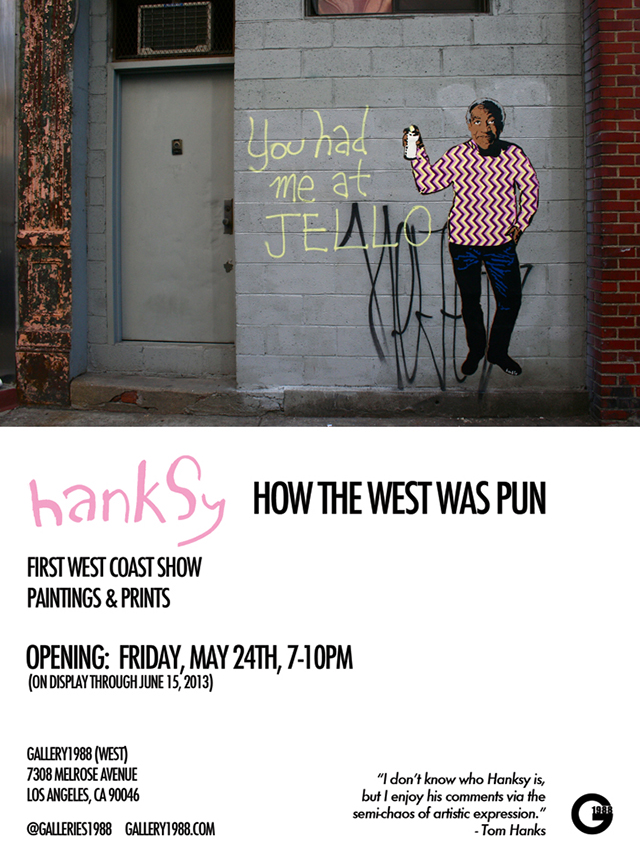