Holoscenes is a performance installation by Early Morning Opera in which performers undertake mundane tasks like cleaning and cooking in a giant aquarium that periodically floods with water. The installation has a runtime of 12 hours, during which the performers take turns with their tasks. As each performer begins, a custom hydraulic system fills the aquarium with 12 tons of water, in a process that takes less than a minute. As the aquarium fills, the performer must work underwater (to breathe they must swim to the top of the aquarium). Holoscenes was presented back in October at Scotiabank Nuit Blanche Festival in Toronto. It was conceived and directed by Lars Jan. My Modern Metropolis recently conducted an interview with Jan about the project. 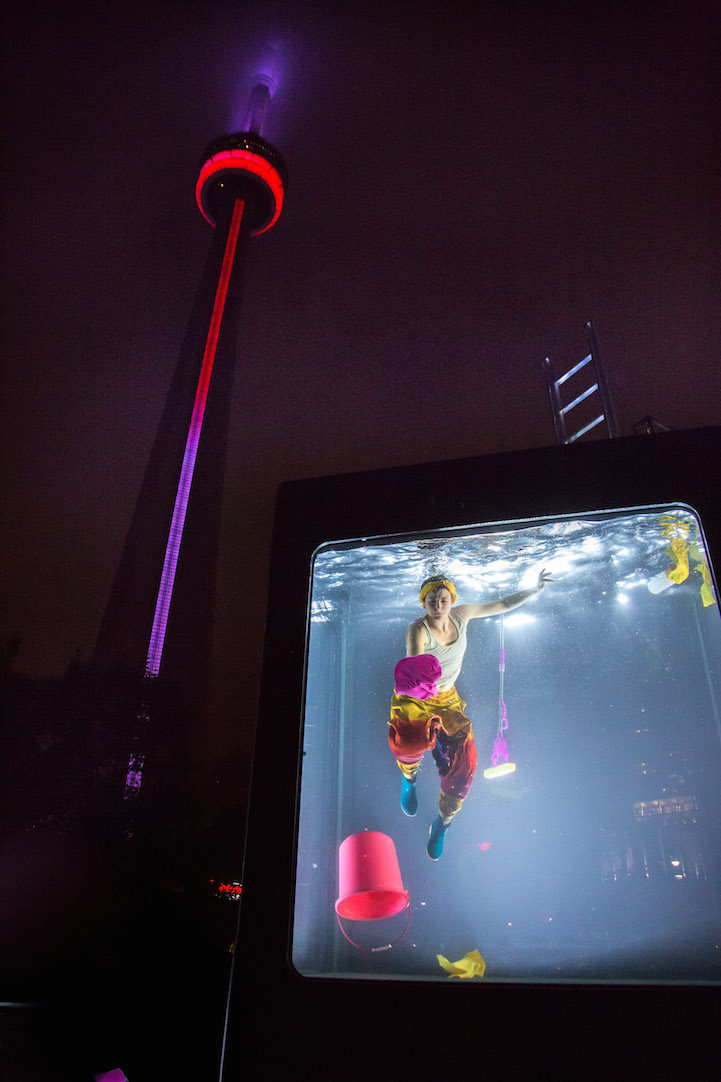 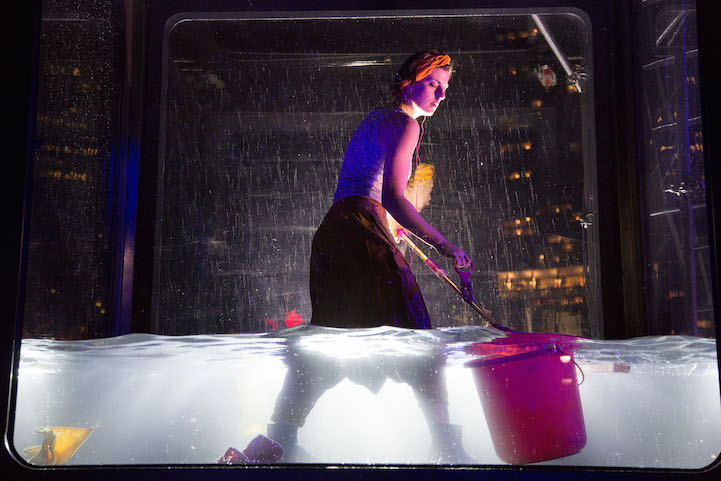 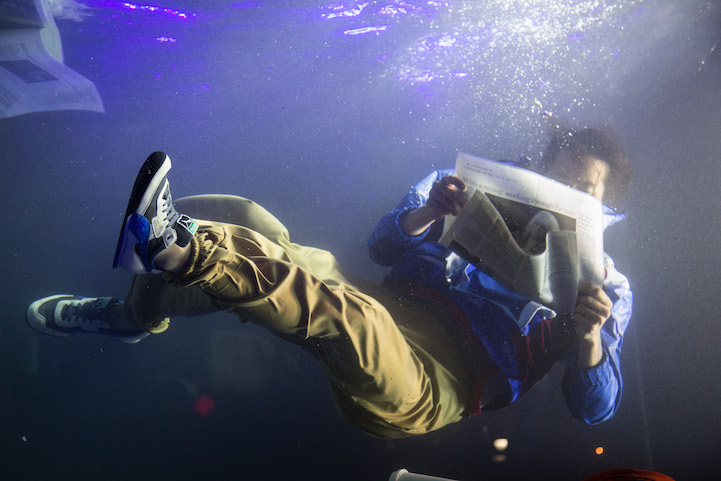 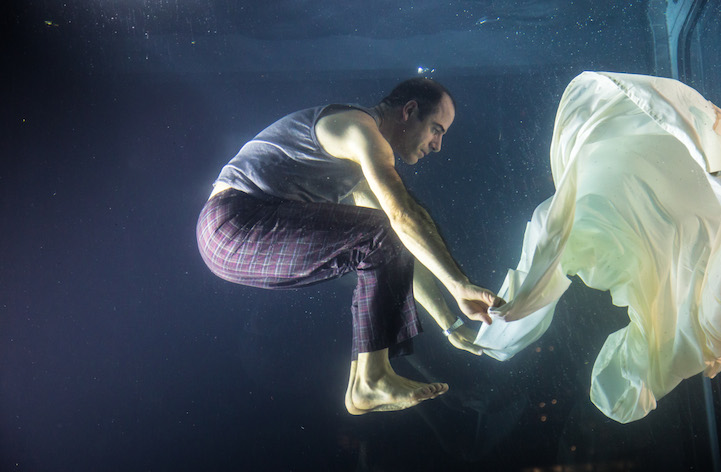 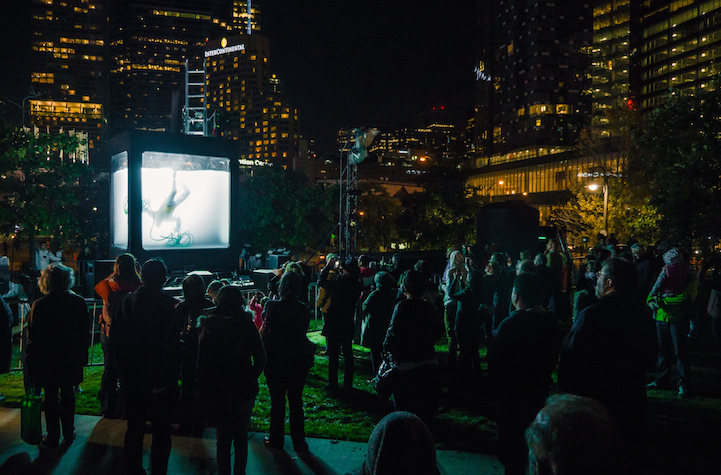