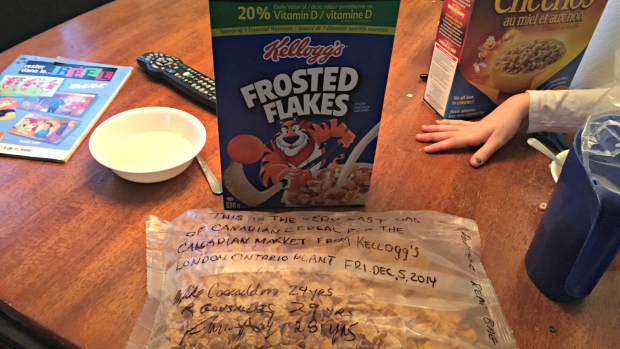 On the morning of Monday, March 2, 2015, Stephane Gaudette, a history teacher and father of two in Timmins, Ontario, opened a box of Kellogg’s Frosted Flakes and was surprised to find a message within. The top flap read “Please read the bag.” On the bag was the following handwritten note:

The message refers to the December 2014 closure of the Kellogg’s Canada factory in London, Ontario. Located at 100 Kellogg Lane, the facility was in operation for 75 years. It closed as part of a global downsizing by the food manufacturer due to declining cereal sales. The workers who signed the bag–Mike Cascadden, Ray Gonsalvez, and Frasier McAuley–included the length of their careers with Kellogg’s. After reading the message, Gaudette decided not to open the bag. He and his family (his wife is also a teacher) have been bringing the box to school as a historical artifact. 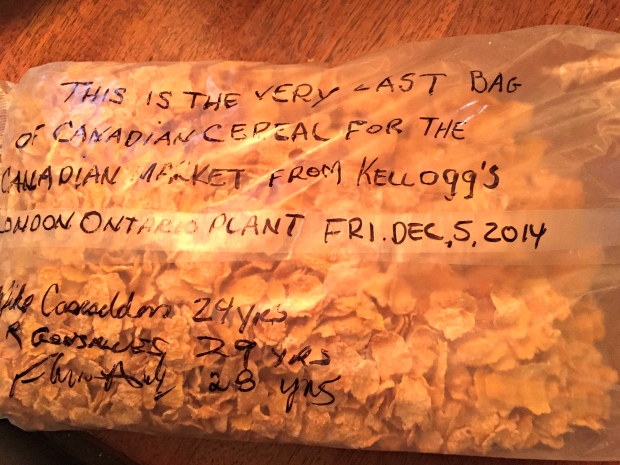 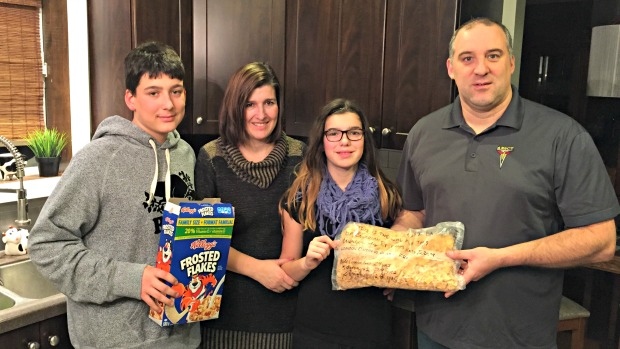