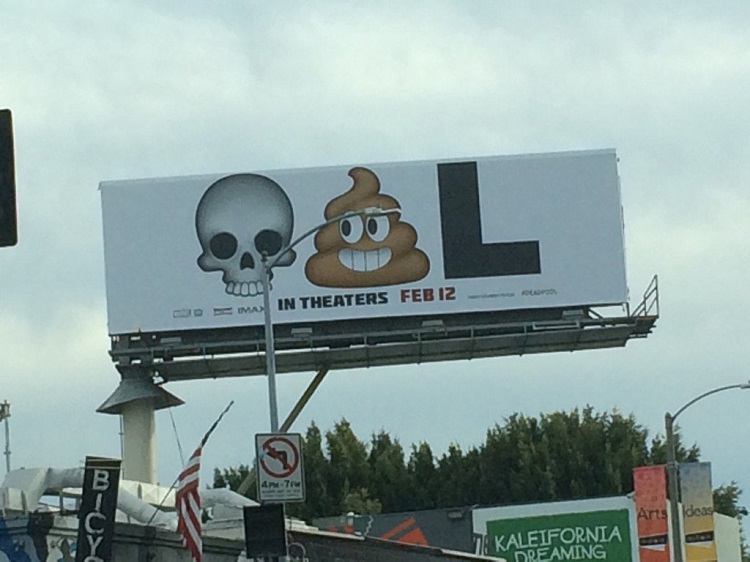 Comedian Patton Oswalt recently shared a photo on Twitter that he took in Los Angeles of a hilarious billboard for the upcoming Deadpool movie adaptation. The billboard spelled out “Deadpool” using a giant skull emoji (Dead), a pile of poo emoji (Poo), and then the letter “L”. Deadpool is scheduled to blast into theaters on February 12th, 2016.

Ryan Reynolds, who will be playing the Merc with a Mouth, had a great reponse to Patton’s discovery.

This idiotic/brilliant billboard is why I'm all in on the DEADPOOL movie. I'm an easy lay. pic.twitter.com/jSRorPvaCp