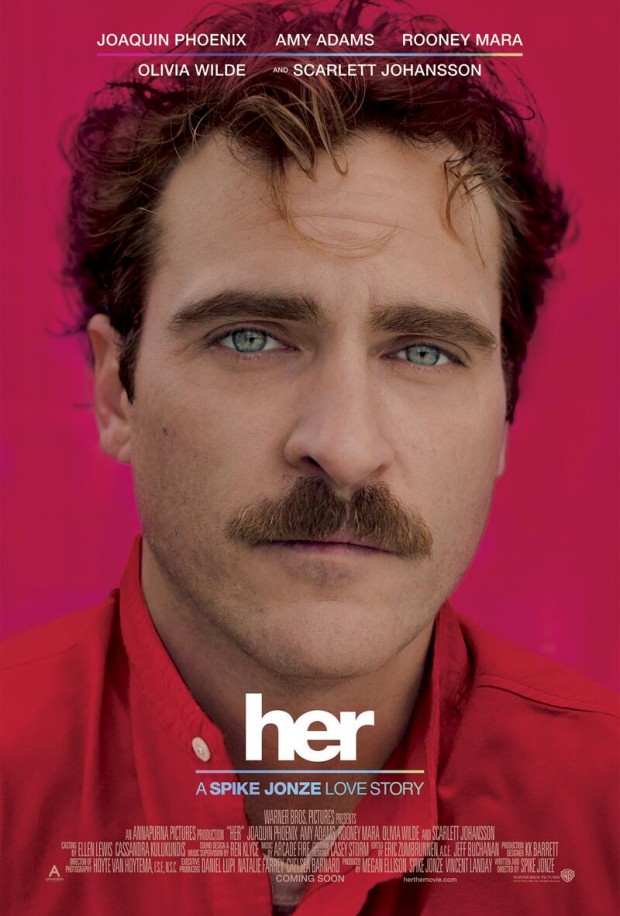 Her is an upcoming comedy romance film about a “lonely writer” who “develops an unlikely relationship with his newly-purchased operating system that’s designed to meet his every need.” The film stars Joaquin Phoenix and Scarlett Johansson, is directed by Spike Jonze, and is due out in theaters on November 20th, 2013 (trailer).

image via We Got This Covered