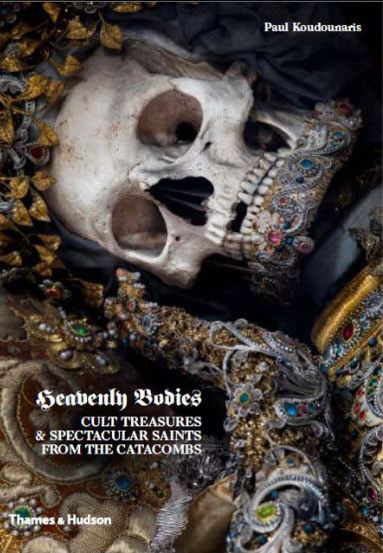 Heavenly Bodies: Cult Treasures and Spectacular Saints from the Catacombs by art historian Paul Koudounaris is a book about the catacomb saints, richly decorated skeletons that are found in many Catholic churches in German-speaking regions of Europe. The skeletons, which originated in the Roman catacombs, were sent abroad by the Vatican during the Counter Reformation in the 16th and 17th centuries in an effort to replace religious relics that had been lost during the Protestant Reformation. The book includes Koudounaris’ photographs of the catacomb saints, taken during his research in Europe. Heavenly Bodies is available on Amazon. We previously posted about Koudounaris’ book on ossuaries and charnel houses, The Empire of Death. 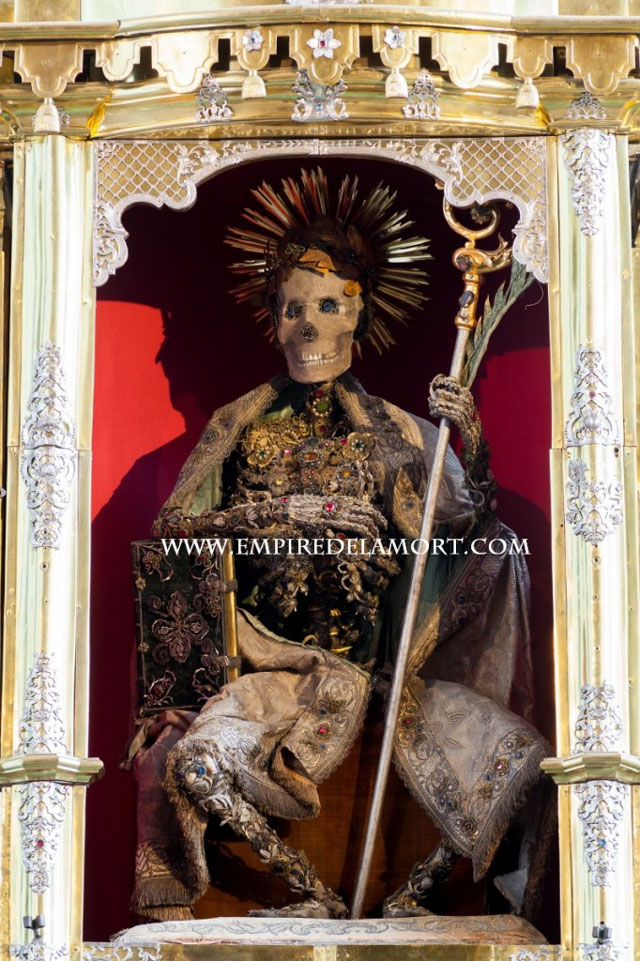 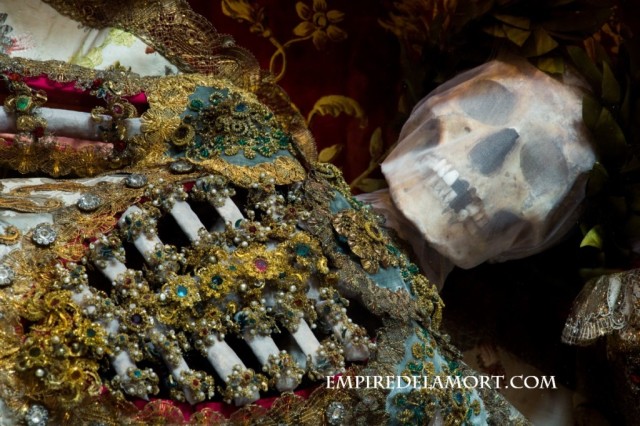