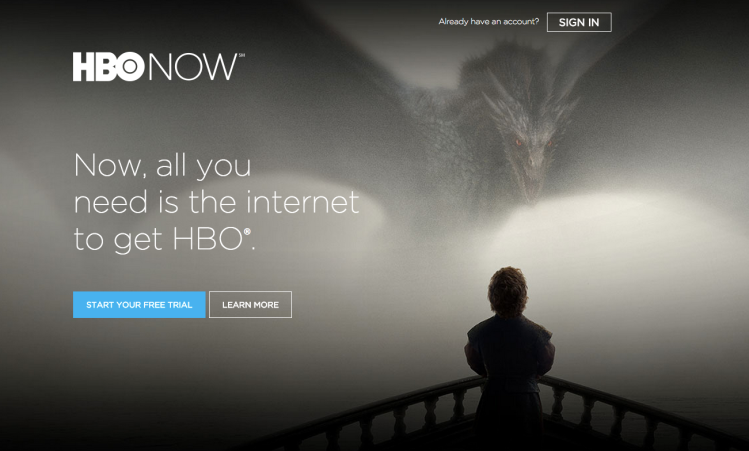 HBO has officially launched its new standalone streaming video service HBO NOW, allowing users to sign up through iTunes, Apple TV, or Optimum with more providers coming soon. The service was announced in March 2015 for an unspecific April 2015 launch before the April 12, 2015 season premiere of Game of Thrones.

Similar to HBO GO, HBO NOW gives users access to the full library of HBO content with the key difference being that HBO NOW users do not need a cable or satellite subscription that includes HBO.