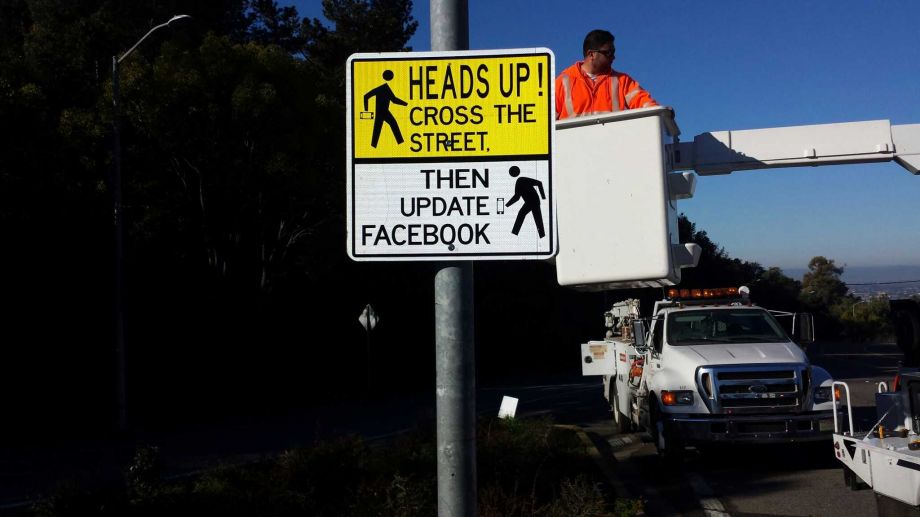 In an effort to curb speeding along a steep stretch of Hayward Boulevard, the City of Hayward in California installed seven traffic signs that are notable for their surprising sass. The city has released images of signs urging people to use their “eyes, brakes, brain,” clarifying that the 35 MPH speed limit is “a speed limit, not a suggestion,” and encouraging pedestrians to “cross the street, then update Facebook.” It’s unclear if the signs have reduced speeding, but they have been a hit online and in the media. The sign messages were created by Hayward city spokesperson Frank Holland. 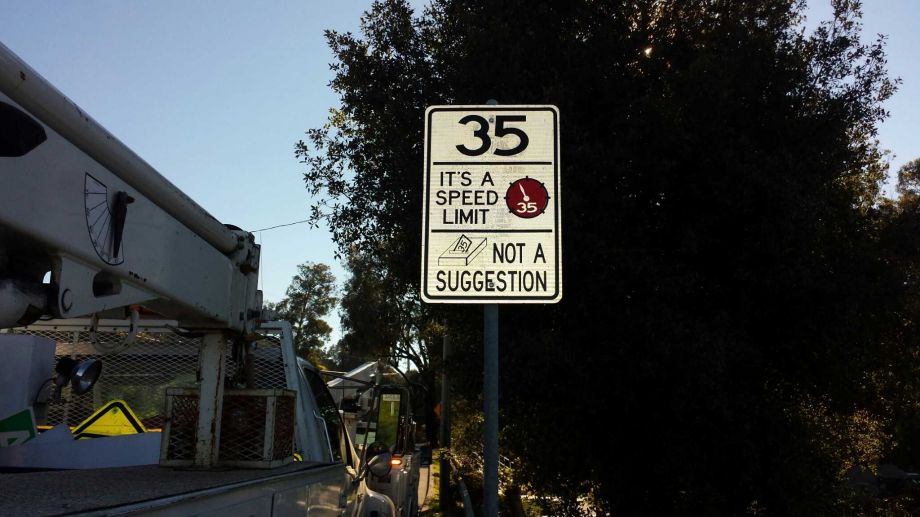 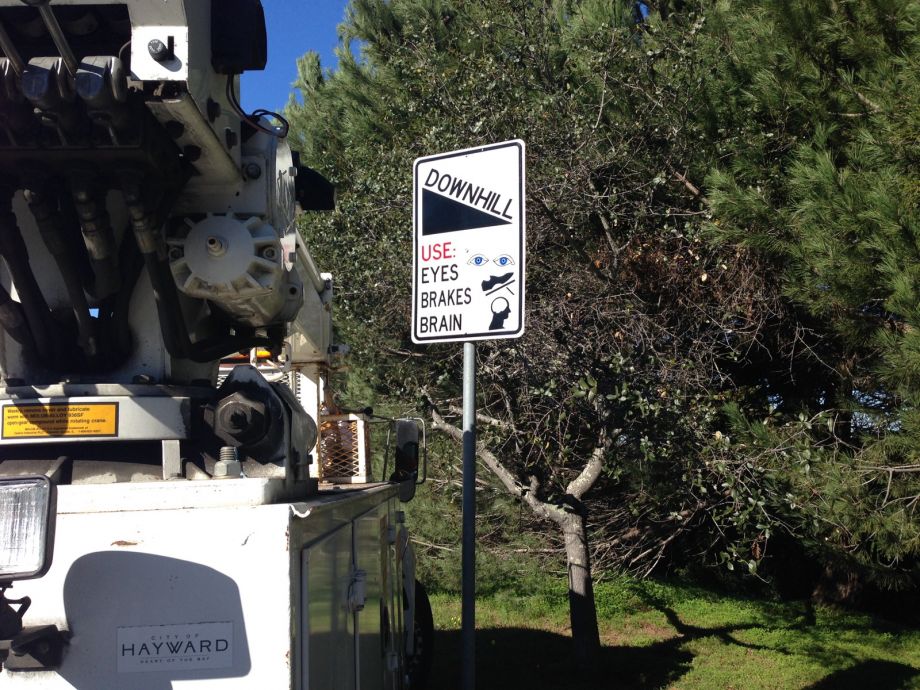 photos via the City of Hayward