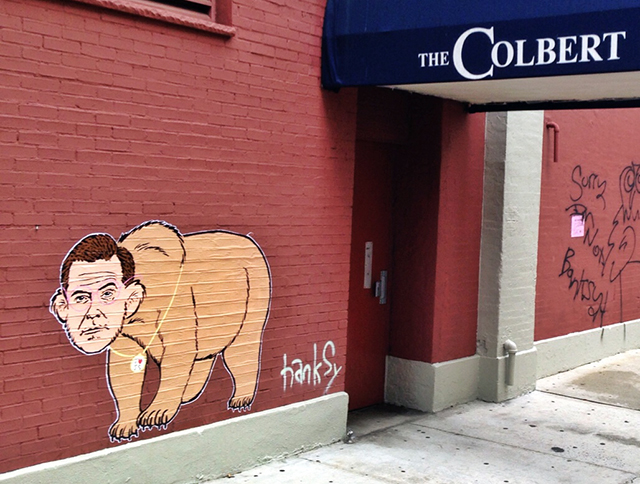 On Monday night’s episode of The Colbert Report, host Stephen Colbert called out the street artist known as Banksy and challenged him to create a custom piece outside of his studio building. Stephen reported later in the week that, instead of Banksy, street artist Hanksy created a grizzly tribute on the studio wall titled “Stephen Colbear.” Bansky is currently creating art around New York City for his month-long Better Out than In street show. 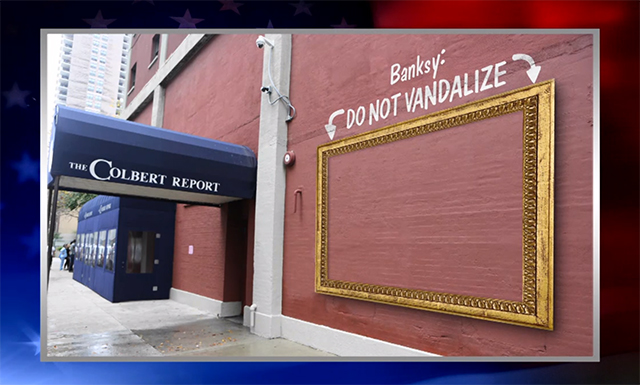 image via Hanksy, videos via The Colbert Report