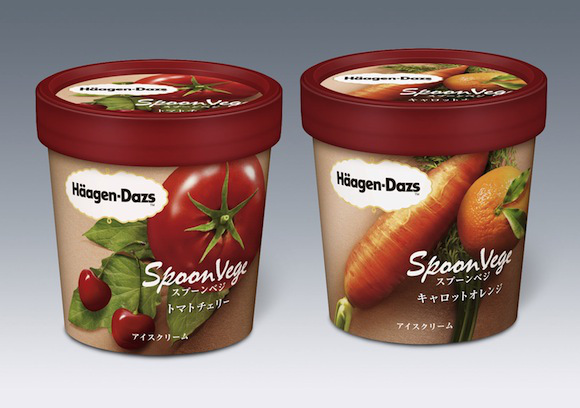 After a releasing hints through its Facebook page, Haagen-Dazs Japan has announced the launch of their SpoonVege “Tomato Cherry” and “Carrot Orange” ice cream flavors. The flavors will be released in Japan on May 12th, 2014 in 110 milliliter cartons. As part of the campaign, the Japanese wing of the US-based ice cream will be giving away 100 cartons of the flavors via its Facebook page. The full list of ingredients for both flavors can be found on the official press release.

image by Haagen-Dazs Japan via RocketNews24