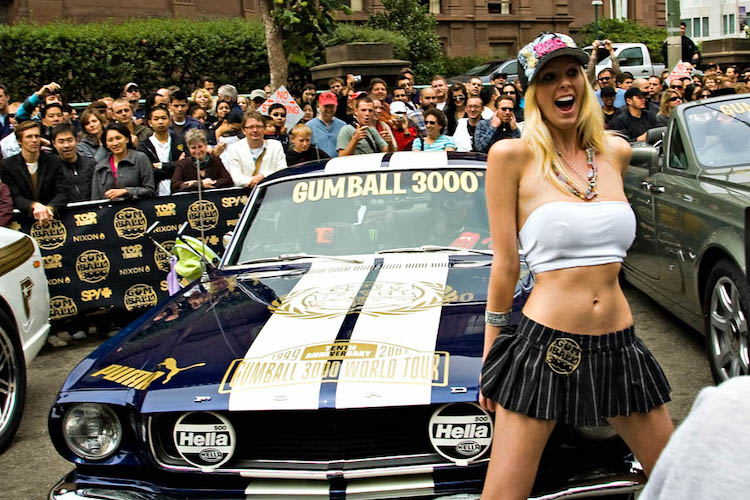 The San Francisco Citizen shot some great photos of the the start of the 10th annual Gumball 3000 2008 Rally today at the top of Nob Hill in San Francisco. 120 cars are participating in the 2008 world tour, traveling 3000 miles in 8 days.

Driving 3000 miles over an intense eight days, incorporating the cultural diversities of East and West civilisations; flying all cars and participants between Continents; witnessing the Mass Games in North Korea, the Olympic Games in Beijing; and partying each night fuelled only by adrenaline, amusement and amity, the 2008 route will undoubtedly be a real once in a lifetime adventure!

photo by The San Francisco Citizen