The Guitar Pee by Billboard Brasil is a custom made guitar-shaped urinal that is specially rigged to allow men to make music with their stream of urine. The urinal is currently is “touring bars” in São Paulo, Brasil. Be sure to watch the video, as they have set up a camera to show men rocking out with, well you know. And if that wasn’t enough, they have a mobile app that “streams” “MPee3s” captured at the time of flushing.

Music. We know it comes from everywhere. 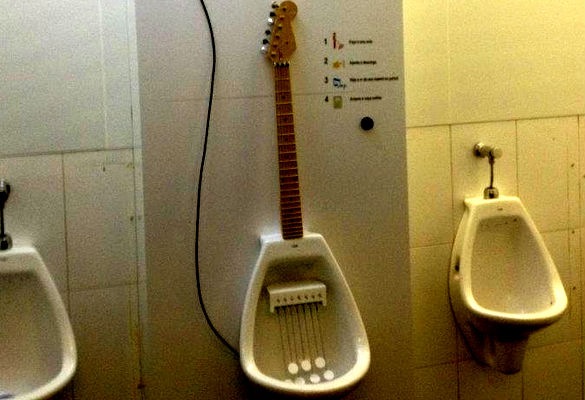 via Mike Elgan and Death + Taxes