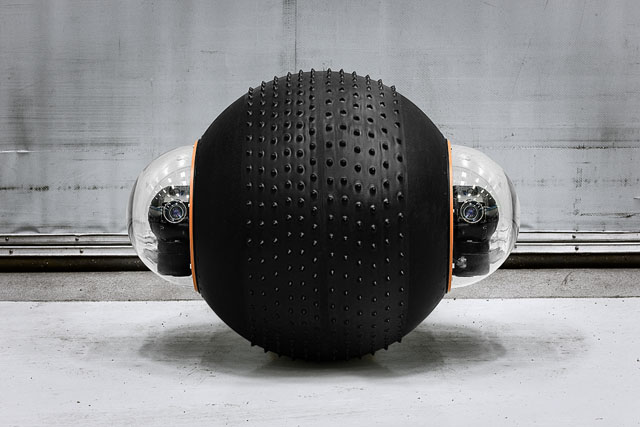 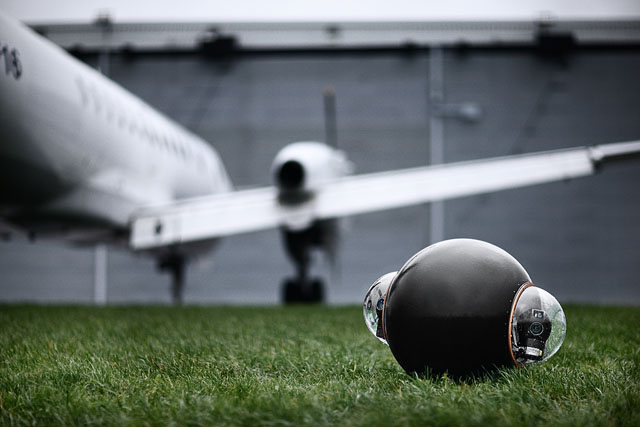 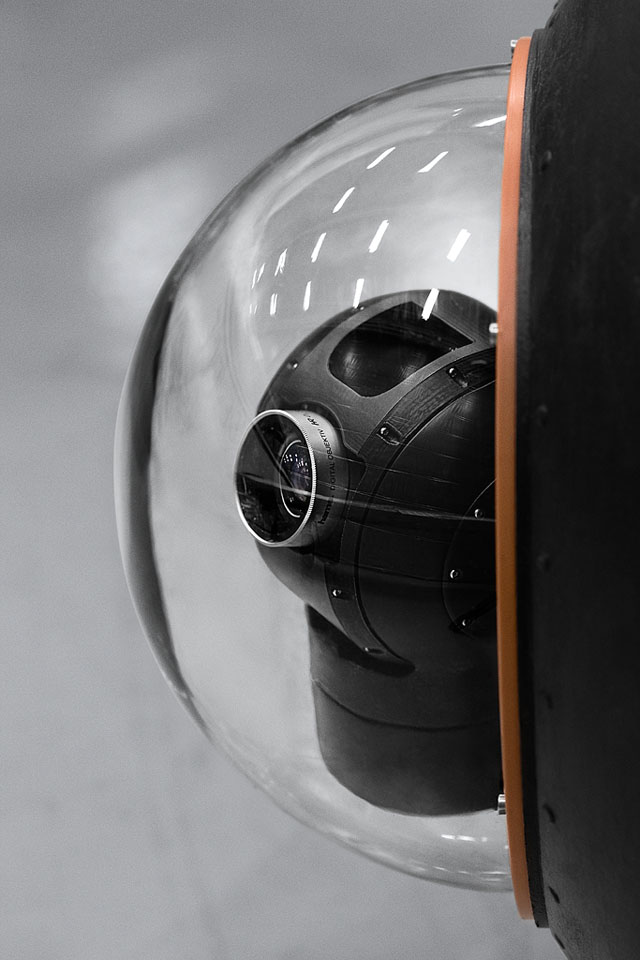 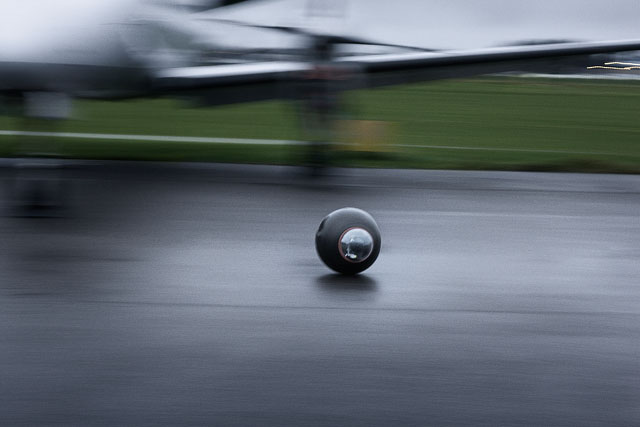 GroundBot by Swedish robotics firm Rotundus is an all-terrain, amphibious surveillance robot in the shape of a bug-eyed sphere (video). Roughly the size of a car tire, the robot moves silently at up to six mph. GroundBot houses two cameras which provide a stereoscopic view to its remote operator. Rotundus notes that the current version “cannot house robot arms or weapons.” Maybe in the next release.

The spherical design is simplicity itself. With its large circumference, GroundBot takes all kinds of terrain in its stride. And yet its appearance is friendly and unthreatening.