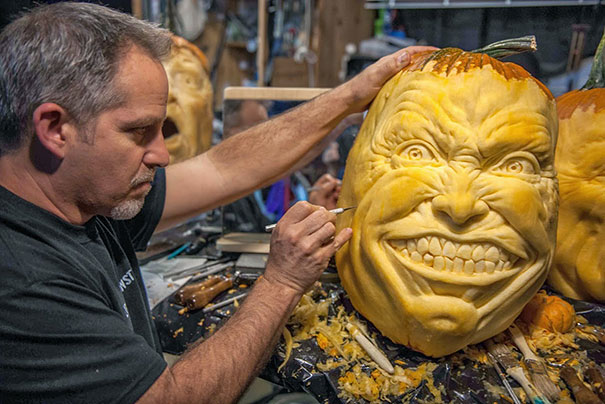 Los Angeles-based sculptor Jon Neill creatures grotesque and intensely detailed realistic pumpkin carvings, which he demonstrates online and in live settings, like his upcoming appearance on October 26th, 2014 at the Laguna College of Art and Design in Laguna Beach, California. Neill’s non-squash work has appeared in a number of films, including The Hunger Games and Spider-Man. 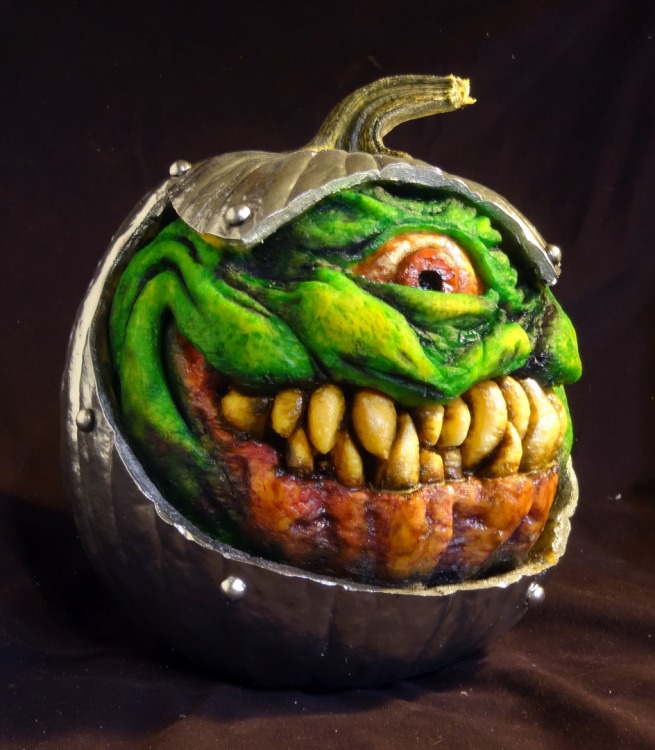 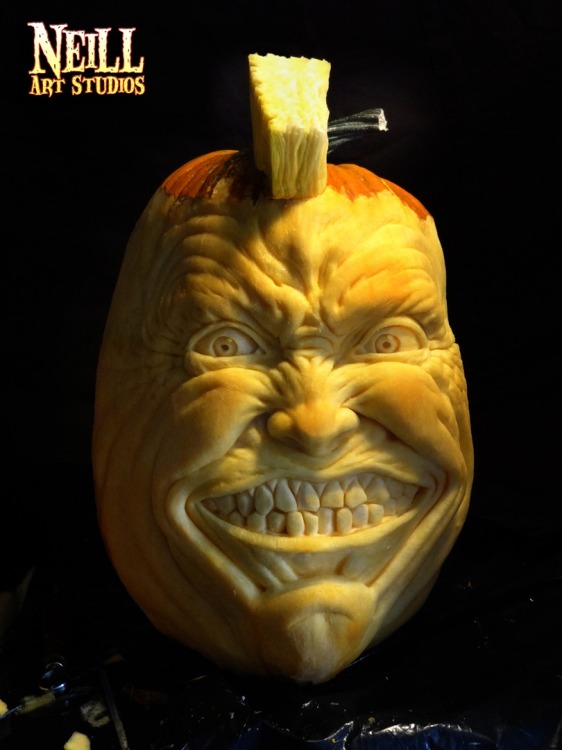 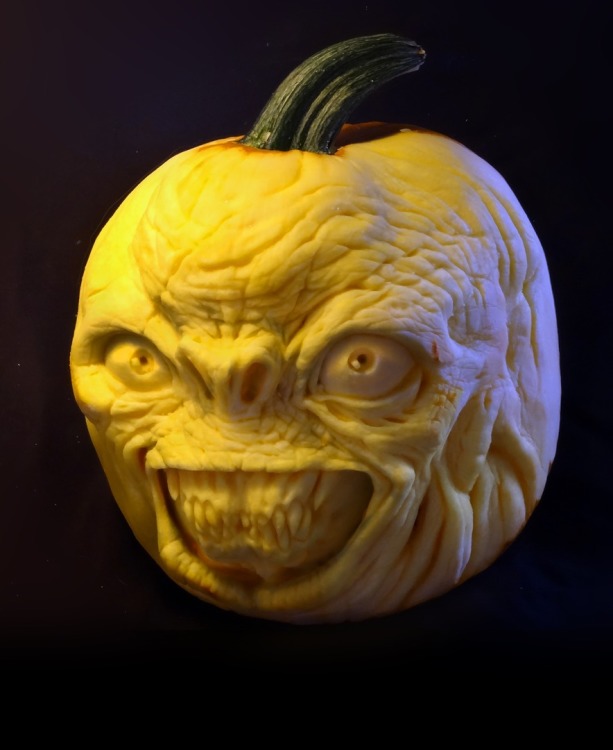 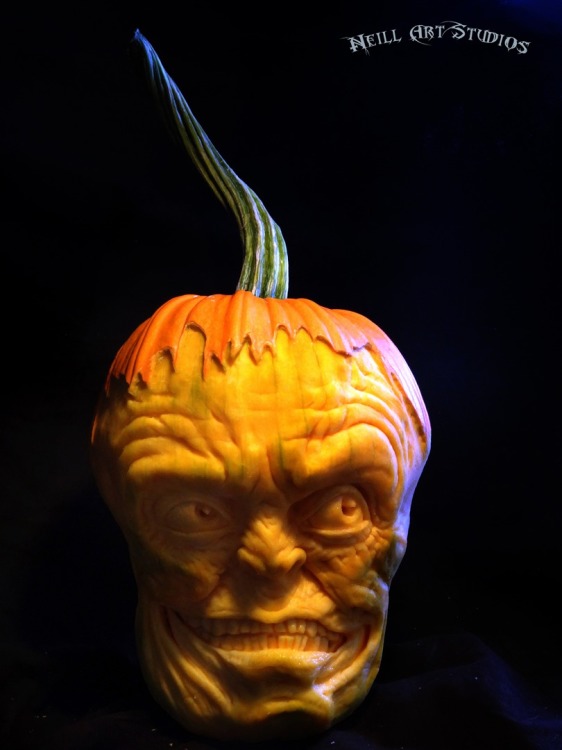