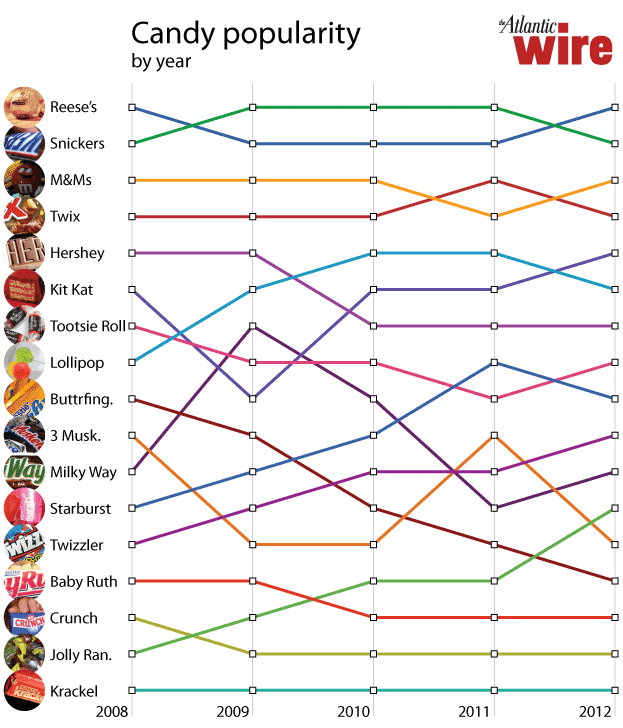 The Atlantic Wire has posted a series of graphs comparing the popularity of various brands of Halloween candy between 2008 and 2012. The data is based on how many times each candy is mentioned on Twitter during the period immediately after Halloween. The Atlantic Wire reports that popularity on Twitter is, not surprisingly, closely tied to sales—top sellers Reese’s and Snickers lead the way. They also looked at which candies were most popular over the two weeks following Halloween, during which M&M’s and lollipops surge in popularity.

image via The Atlantic Wire