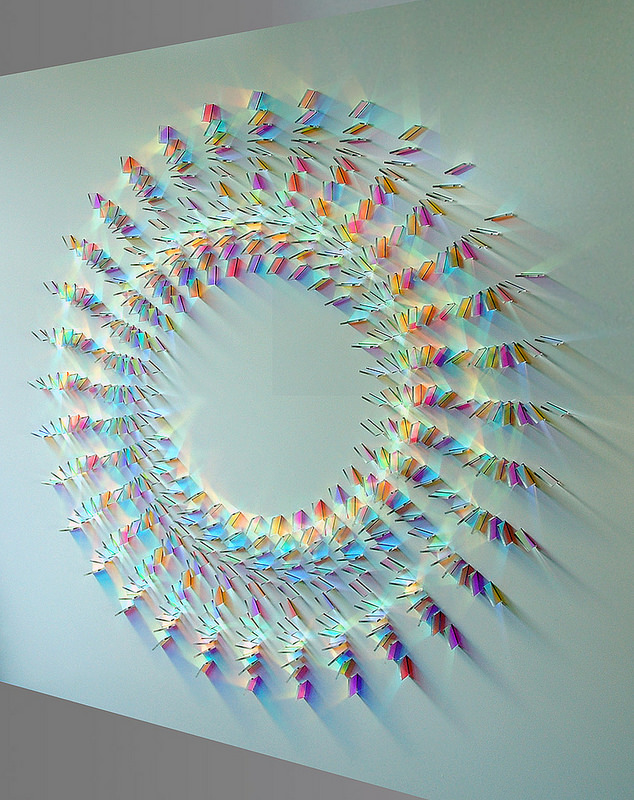 British artist Chris Wood creates gorgeous sculptures out of dichroic glass, an iridescent glass that varies between reflective and translucent depending on the angle of viewing and angle of illumination. Wood often incorporates illumination in his sculptures, taking advantage of the special properties of the glass to create complex patterns of reflected and filtered light. Dichroic glass was originally developed by NASA in the 1950s to protect against direct sunlight and radiation in space — it is used on the faceplates of spacesuits and the optics of satellites, among other applications. 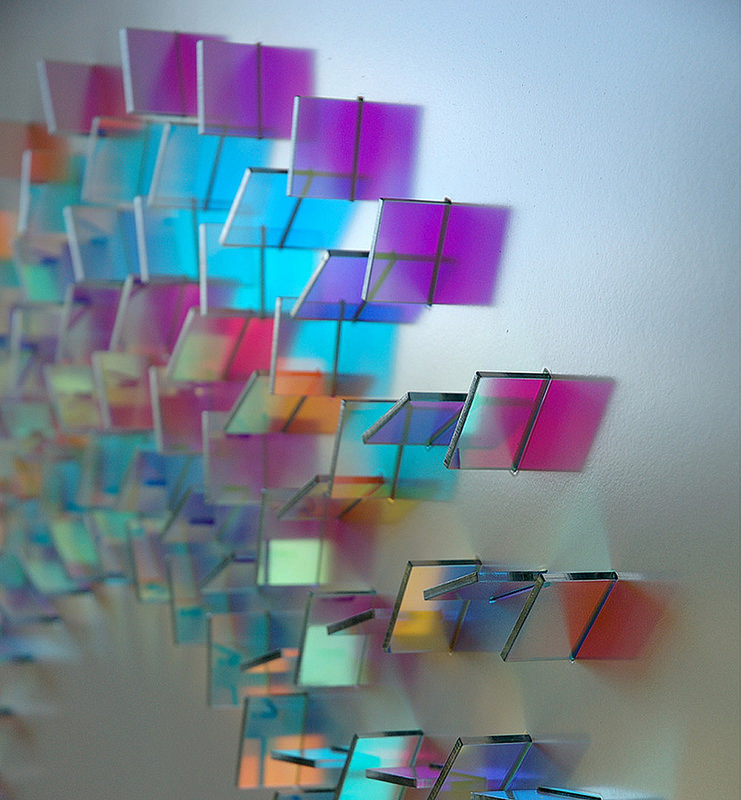 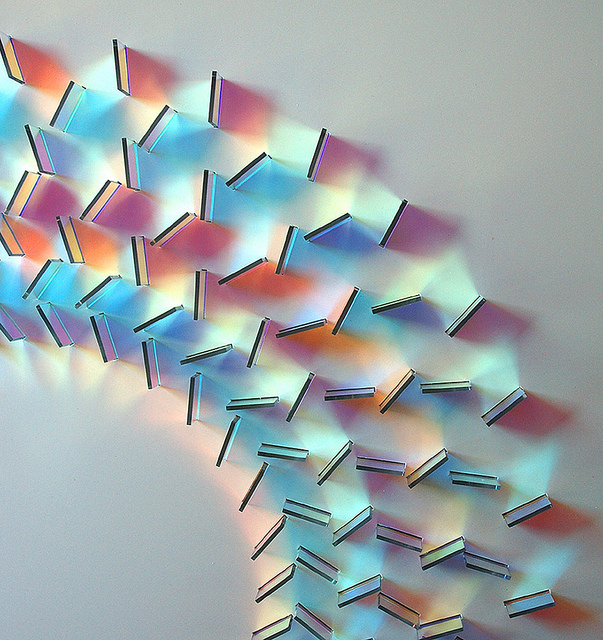 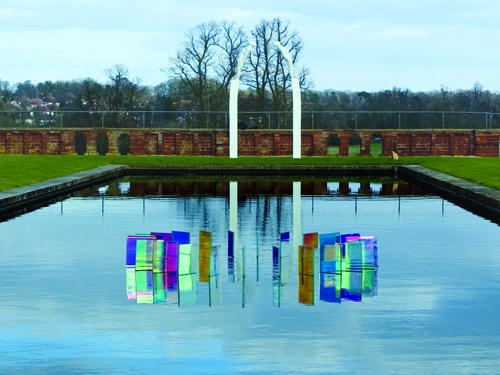 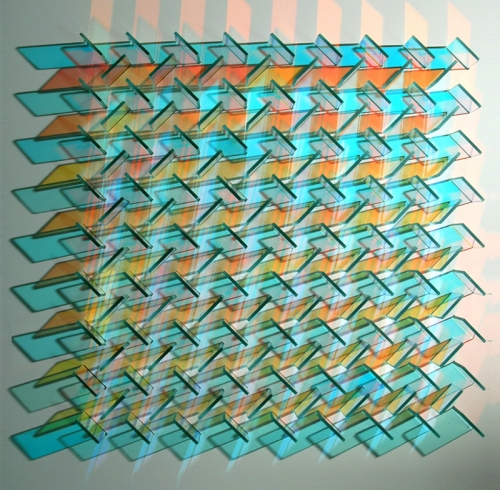