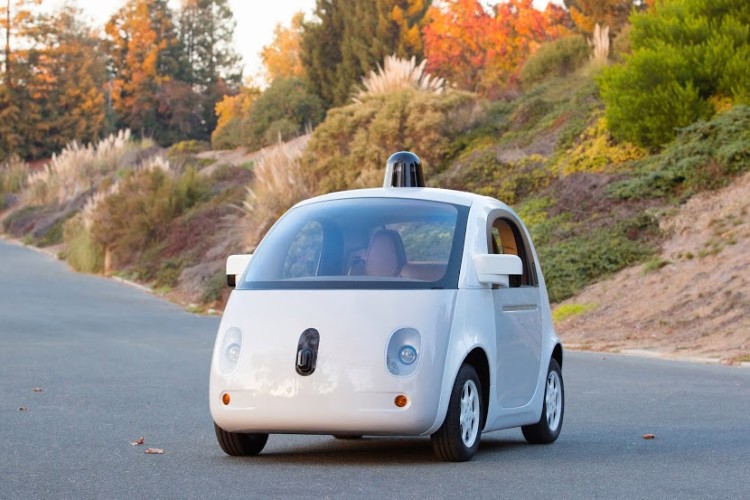 Google has revealed the first real build of their self-driving car prototype that they initially unveiled in May 2014. The prototype now includes legitimate headlights, even.

The vehicle we unveiled in May (goo.gl/qDUtgq) was an early mockup—it didn’t even have real headlights! Since then, we’ve been working on different prototypes-of-prototypes, each designed to test different systems of a self-driving car—for example, the typical “car” parts like steering and braking, as well as the “self-driving” parts like the computer and sensors. We’ve now put all those systems together in this fully functional vehicle—our first complete prototype for fully autonomous driving.