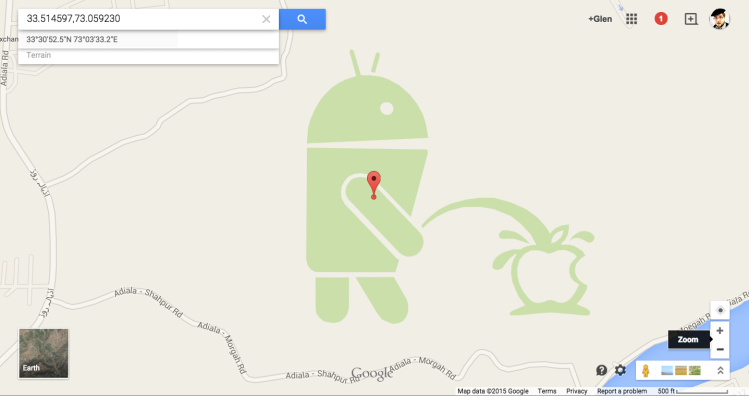 Google Maps user Ahmad Babar was searching the service for locations in Rawalpindi, Pakistan when he found the rather surprising image of Google’s Android mascot apparently urinating on an Apple logo. Using the Measure Distance tool in Google Maps, the Android stands approximately 2,700 feet tall.

Robots do not urinate, at least not in the traditional sense, but the message of the image is still pretty clear.