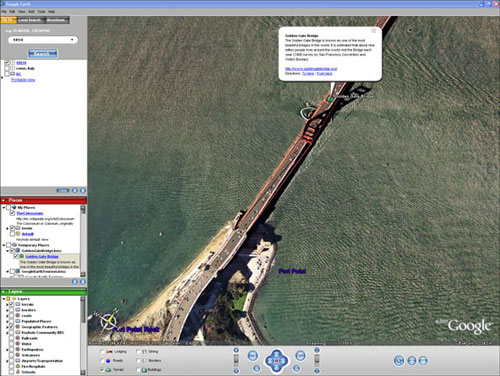 Last week Google launched Google Earth (formerly Keyhole), which is a free desktop application that combines the functionality of Google’s satellite photos along with their mapping and search features. Currently it is only available for Windows, but a Mac version is coming soon. So far it looks like a really great tool and it is going to be quite a bit of fun to play around with.

The idea is simple. Itâ€™s a globe that sits inside your PC. You point and zoom to anyplace on the planet that you want to explore. Satellite images and local facts zoom into view. Tap into Google search to show local points of interest and facts. Zoom to a specific address to check out an apartment or hotel. View driving directions and even fly along your route. We invite you to try it now.

Speaking of Google’s mapping functions, the day after the lauch of Google Earth, they released the beta version of The Google Maps API (API stands for application programming interface), which allows web developers to integrate Google maps into their website using JavaScript. We should start seeing some pretty interesting uses of this in the months to come.

Thanks for the tip Mike!