David Prosser of Studio AKA directed and designed Good Night, an imaginative animated advertising spot commissioned by McCann Oslo for Norwegian oil and gas company, Statoil. The piece, done in both live action and animation, has a young girl asking her father what he does for a living which then goes into a fun undersea romp as he explains he is a “treasure hunter” for a “treasure” (oil) that the whole world needs.

Skwigly recently interviewed Prosser about this piece. Here he describes his inspiration for the style and content of Good Night:

I was keen to include cross over in the transition from live-action to animation so there are objects from the girl’s room which are reflected in the animation and vice a versa (if you look closely you can see the troll and the octopus!). The world had to be playful enough to reflect the young girl’s imagination and not too dark, yet be reflective of the apparent dangers of the ocean and the obstacles that have to be overcome in this intrepid line of work. They’re is also layers of 2D animated objects and loose 2D linework throughout the animated world, an element that hopefully harks back the that of a childlike drawing, slight naive imperfections that give a depth to the spot and also an element of my signature. 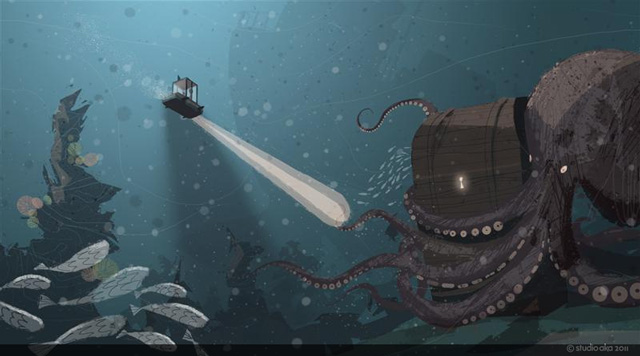 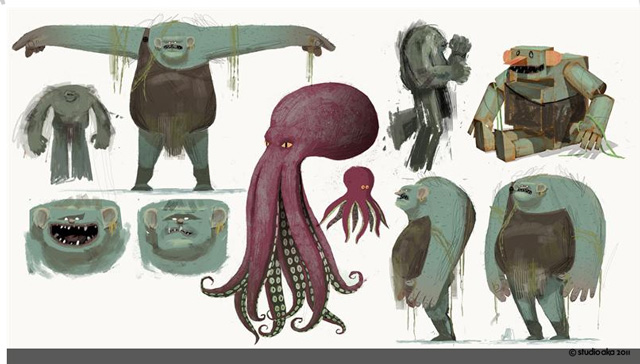