From Oscar-wining director Alex Gibney and producer Graydon Carter comes a probing look into the uncanny life of national treasure and gonzo journalism inventor Dr. Hunter S. Thompson. A fast moving, wildly entertaining documentary with an iconic soundtrack, the film addresses the major touchstones in Thompson’s life-his intense and ill fated relationship with the Hell’s Angels, his near-successful bid for the office of sheriff in Aspen in 1970, the notorious story behind the landmark Fear and Loathing in Las Vegas, his deep involvement in Senator George McGovern’s 1972 presidential campaign, and much more. Narrated by Johnny Depp. 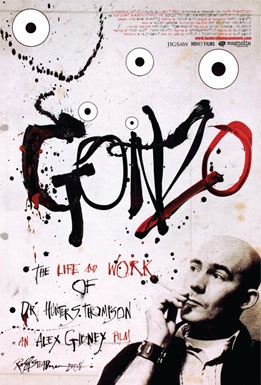