Toy company GoldieBlox is attempting to inspire a new generation of female engineers with a line of construction toys built just for girls. GoldieBlox toys are now available for purchase at Toys R Us, and the company has begun marketing them with this cute video starring little girls building homemade bike sidecars and attaching ballerina slippers to a skateboard deck.

GoldieBlox, Inc. is a toy company founded in 2012 by Debbie Sterling, a female engineer from Stanford University. Engineers are solving some of the biggest challenges our society faces. They are critical to the world economy, earn higher salaries and have greater job security. And they are 89% male. We believe engineers can’t responsibly build our world’s future without the female perspective.

GoldieBlox offers a much-needed female engineer role model who is smart, curious and accessible. She has the potential to get girls interested in engineering, develop their spatial skills and build self-confidence in their problem solving abilities. This means that GoldieBlox will nurture a generation of girls who are more confident, courageous and tech-savvy, giving them a real opportunity to contribute to the progress made by engineers in our society.

It’s 2013. It’s about time we opened our girls’ minds beyond the pink aisle at the toy store. It’s time to build a new story so our girls can help build our future. 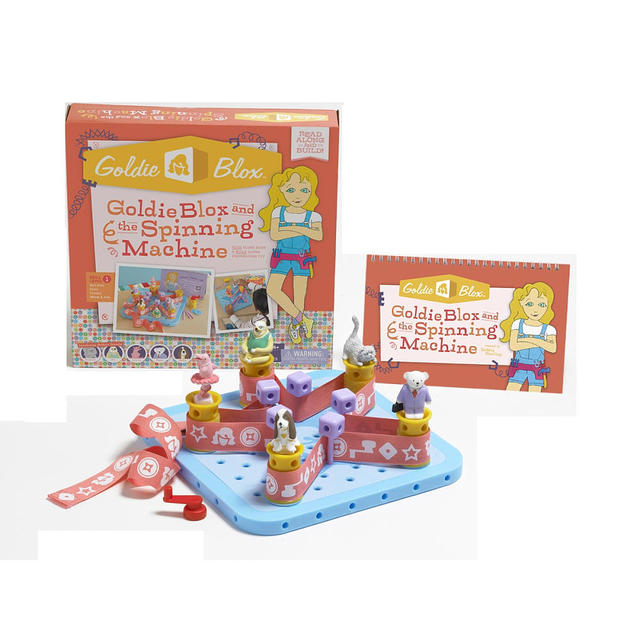 image via Toys R Us