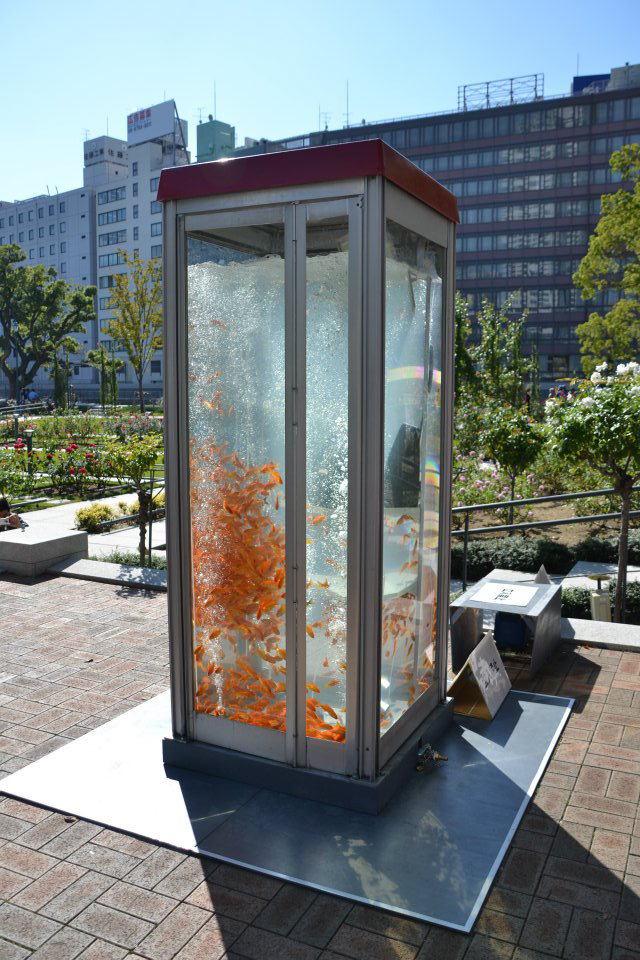 Donning red jumpsuits, the Japanese art collective known as Kingyobu (‘goldfish club’) have been installing Gold Tele, goldfish phone booth aquariums, throughout Osaka, Japan as part of the city’s Canvas Project art festival. According to Spoon & Tamago, the group’s first goldfish-filled phone booth was created at this art festival in 2011. Kingyobu consists of Kyoto University of Art and Design students who formed the group in their second year of study. 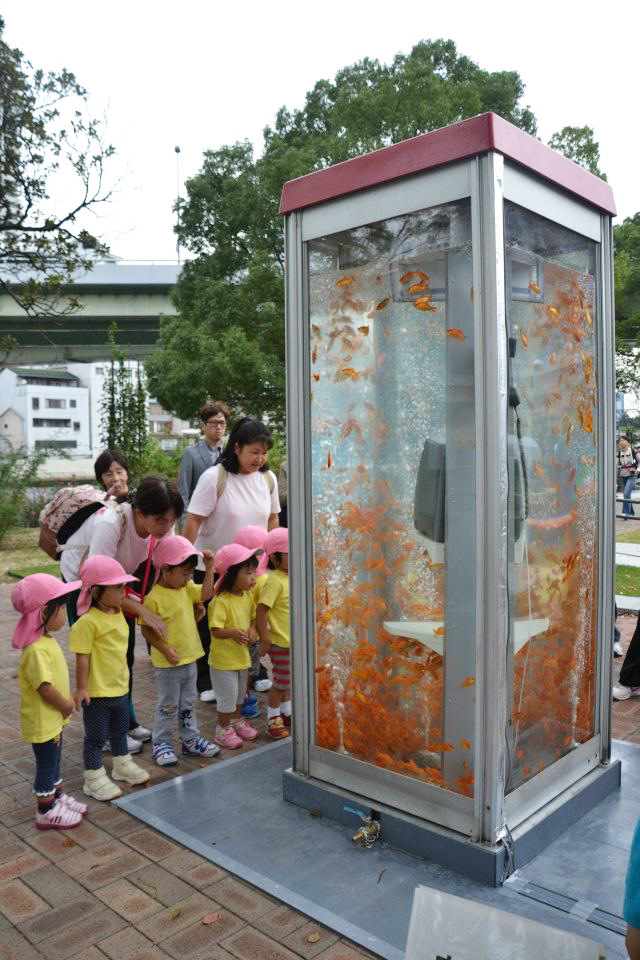 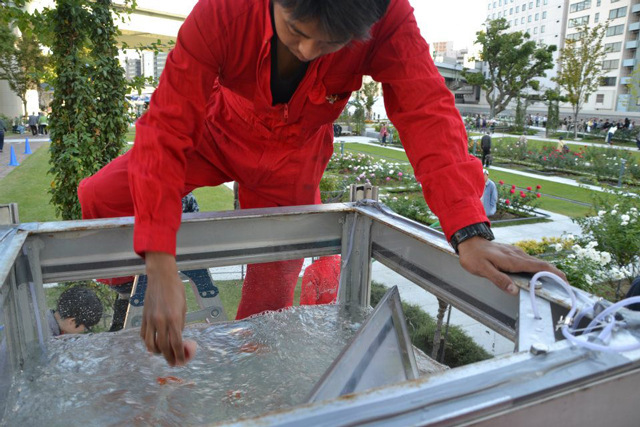 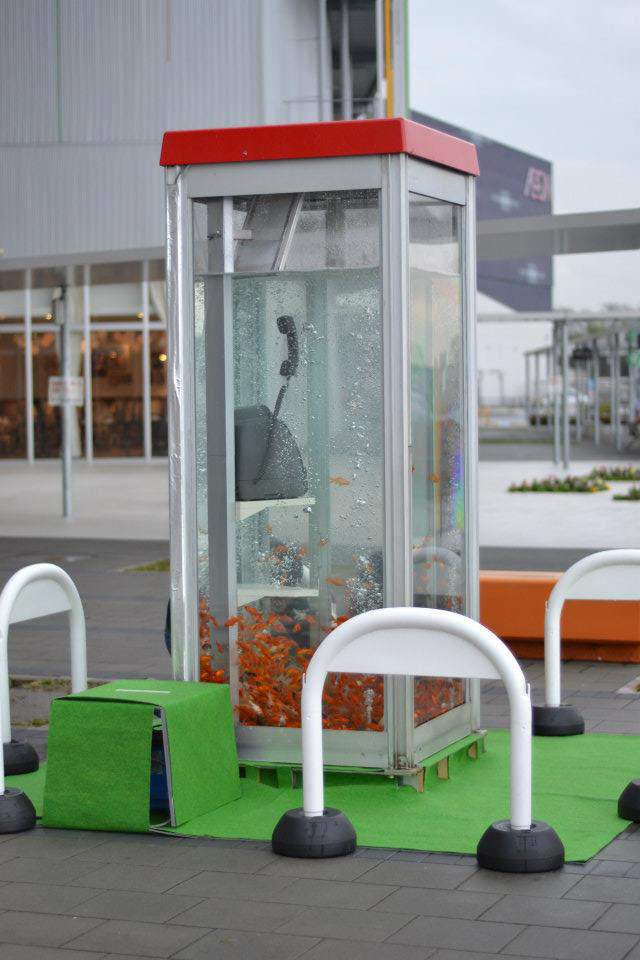 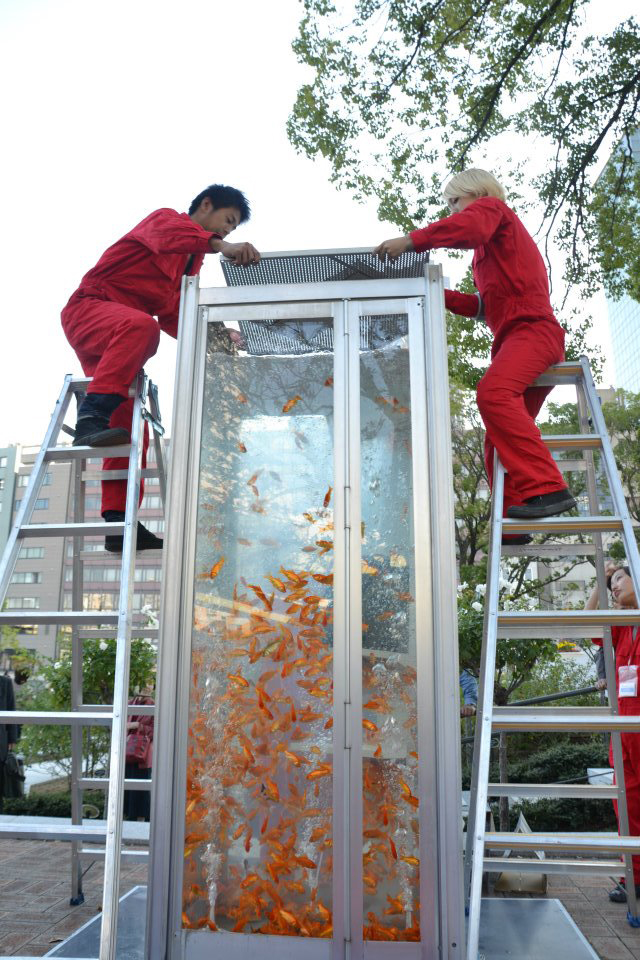 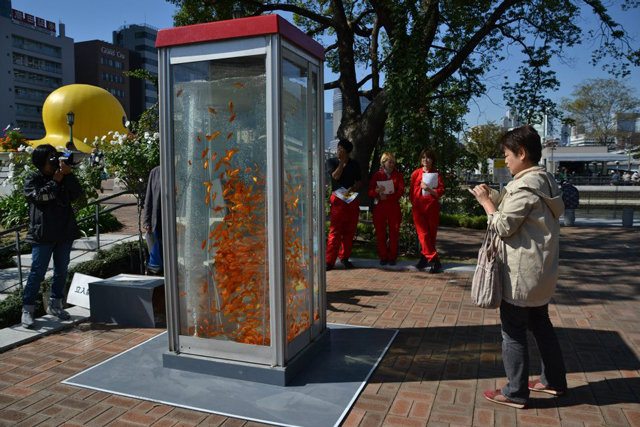 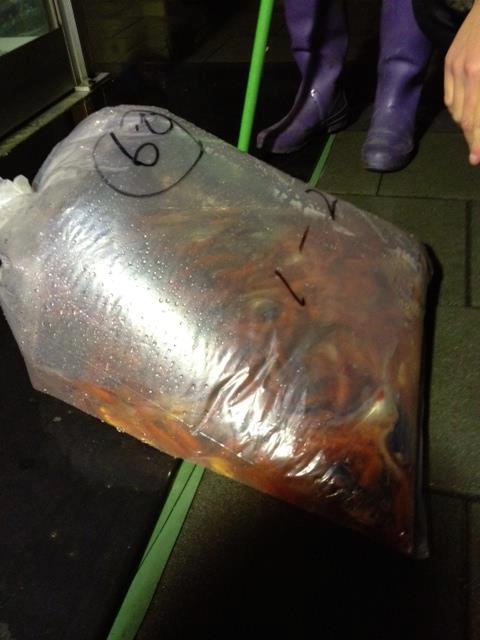 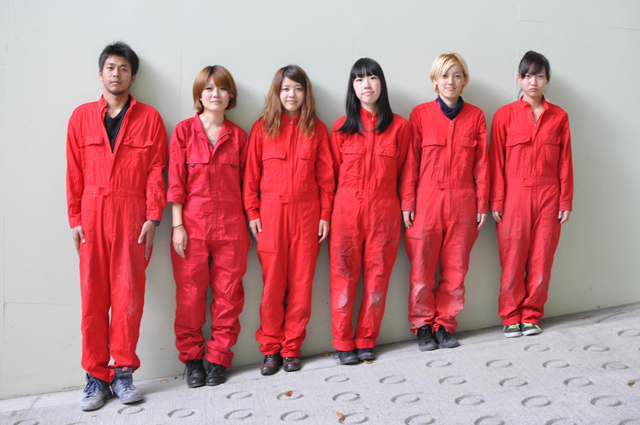 via Spoon & Tamago and gochie*