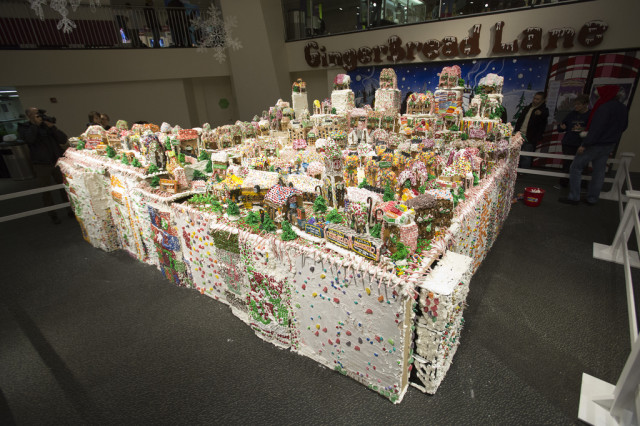 GingerBread Lane is a 300-square-foot miniature gingerbread village that has more than 150 buildings and was recently crowned the world’s largest gingerbread village by Guinness World Records. The 1.5-ton village is the work of one man, chef Jon Lovitch, who baked it building by building in his small apartment in New York City in a process that started last February. The completed village is now on display at the New York Hall of Science in Queens through January 12, 2014. At the end of the exhibition, the edible buildings will be given away to visitors. For more photos, see this Flickr set. 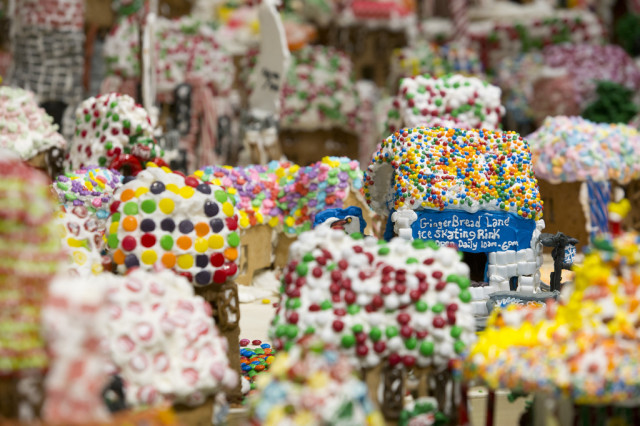