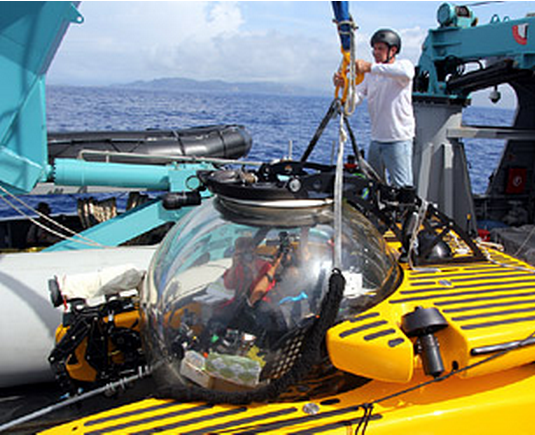 For the first time ever, the elusive giant squid has been captured on video in its natural habitat. Discovery Channel will show the footage on January 27, 2013 in the season finale of Curiosity in the episode, Monster Squid: The Giant Is Real. NHK will air their special on the first-ever footage of the giant squid in early January 2013. According to Discovery Channel, Japanese channel NHK will air the footage in early January 2013.

“When Discovery does natural history it sets the bar high, and this ground breaking project features the very first-ever footage of a live giant squid in its natural habitat. Our crew came face-to-face with the giant squid, and it’s the ideal season finale for our Curiosity series that stirs the imagination of our audience, bravely asking questions and fearlessly seeking answers. This latest production, four years in the making, is a world-first achievement for television, and I’m excited to share it,” said Eileen O’Neill, Group President of Discovery and TLC Networks.