Rob Cockerham of Cockeyed.com created a giant 6 foot fidget spinner costume using a 12″ lazy susan bearing, plywood and styrofoam that he cut to shape using homemade hot wire styrofoam cutter. Rob wore his ridiculous costume at Wizard World Comic Con Comic Con in Sacramento, taking it on the bus to get to the event.

I’m a big believer in making costumes which capture a popular trend or a fad… but some fads come and go before halloween time. The fidget spinner seemed like one of those trends. They were unknown in May, super popular in June, but clearly on the decline as school let out for the summer 2017. There was no way even a small splash of the fidget spinner fad would last until halloween.

Luckily, there was a comic book convention coming into town, and comic conventions require a costume. 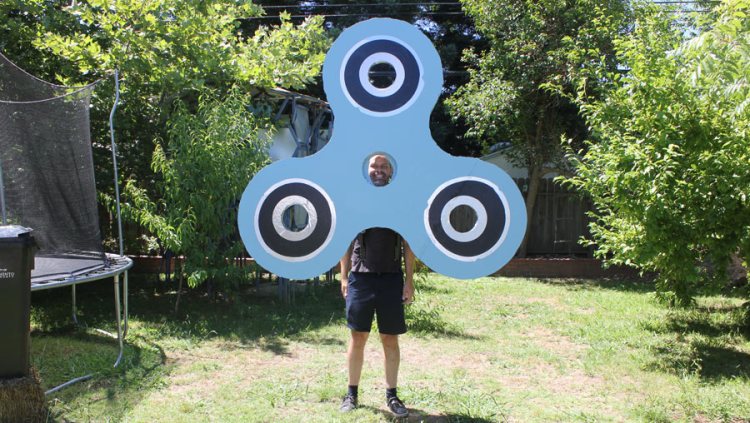