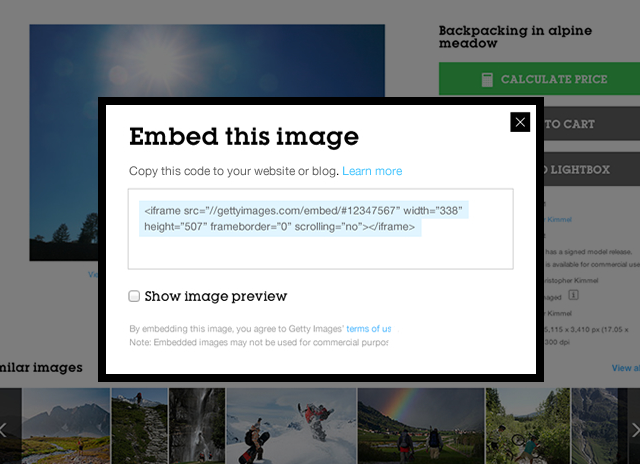 Stock photo agency Getty Images, a major supplier of such images, now provides “tens of millions of images” for free. Traditionally, Getty Images and other stock photo agencies charge to use their photos, but Getty has released a tool that allows users to embed their photos without charge. They must be used in a non-commercial fashion, but that appears to be the only catch.

Embedded images from Getty will include both a photographer attribution, a logo, and a link back to the image as it exists in Getty’s archives. Getty says these embeds should work with Twitter and WordPress, and anywhere else that supports HTML. The specifics of embedding one of the reported 35 million available images are explained in detail on Getty’s website.