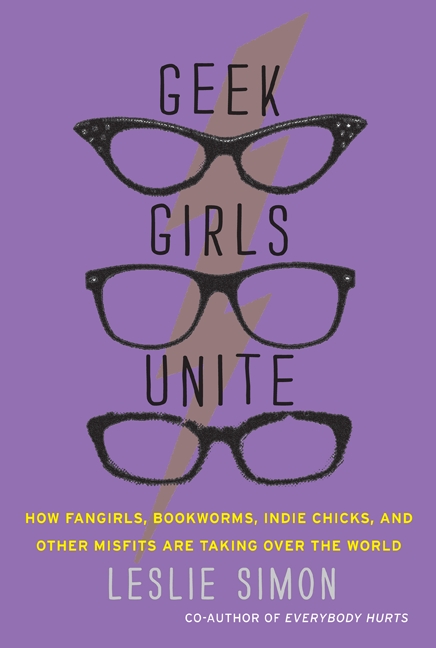 Music geek Leslie Simon has authored a book titled Geek Girls Unite: How Fangirls, Bookworms, Indie Chicks, and Other Misfits Are Taking Over the World which is “a literary celebration of all the fangirls, fashionistas, bookworms, indie chicks, craft mavens, and other female misfits out there”.

The book has a corresponding blog, Geek Girls Unite!, which features weekly high-profile geek girls such as Meghan McCain, Chlöe Sevigny, Jenny Lewis, and many more.

What do Amy Poehler, Bjork, Felicia Day, Martha Stewart, Miranda July, and Zooey Deschanel have in common? They’re just a few of the amazing women proving that “geek” is no longer a four-letter word.

In recent years, male geeks have taken the world by storm. But what about their female counterparts? After all, fangirls are just like fanboys—they put on their Imperial Stormtrooper Lycra pants one leg at a time.

Geek Girls Unite is a call to arms for every girl who has ever obsessed over music, comics, film, comedy, books, crafts, fashion, or anything else under the Death Star. Music geek girl Leslie Simon offers an overview of the geek elite by covering groundbreaking women, hall-of-famers, ultimate love matches, and potential frenemies, along with her top picks for playlists, books, movies, and websites. This smart and hilarious tour through girl geekdom is a must-have for any woman who has ever wondered where her sassy rebel sisters have been hiding.