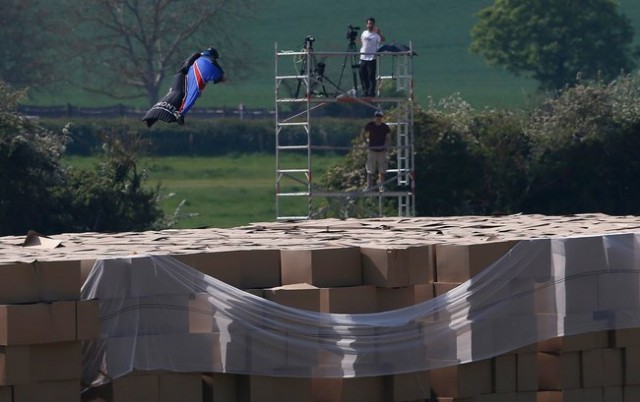 Yesterday British stuntman Gary Connery became the first person to successfully land in a wing suit without using a parachute (video). Connery jumped out of a helicopter at an altitude of 2,400 feet and dropped for 40 seconds before landing in a massive “runway” of cardboard boxes laid out for him in the English countryside. He was unharmed.