Gamer Age is a documentary directed by filmmaker Ian Santer and Los Angeles-based art collective AnimatronicAckbar that explores the impact of video games on popular culture. The documentary is currently available to purchase for streaming from VHX.

Bringing into focus the popular and esoteric influences gaming has had already, the passion and controversy surrounding games today, and a vision of what is yet to come. Though a relatively recent phenomenon, spanning only about 40 years; video games have had an immeasurable impact on mainstream society. Audiences will now witness the story of how video games have challenged conventional social dynamics, such as relationships, education, therapy, art, and commerce. 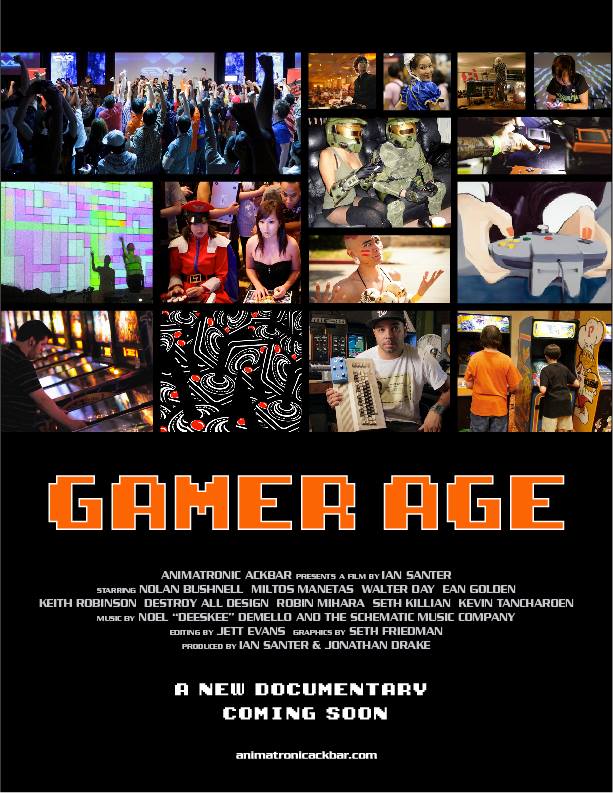