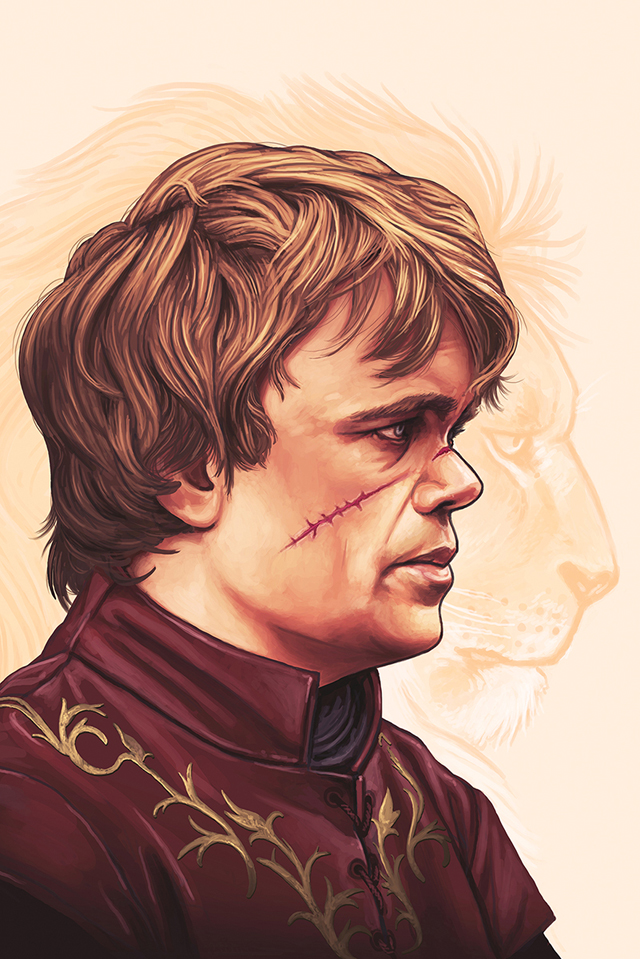 Mondo Gallery and HBO will be teaming up to present an art show themed after Game of Thrones. Original artwork and poster designs by a great collection of artists will be featured that each “honor the show’s attention to visual detail.” The art show will open on Friday, March 8, 2013 from 7 PM to 10 PM at Mondo Gallery in Austin, Texas and be on display until Tuesday, March 12, 2013. According to Indiewire, “Mondo’s pairing up with SXSW for a limited run of collectible artwork inspired by the HBO fantasy series.”

After the success of our San Diego Comic-Con initiative with HBO in 2012, we thought this was a perfect fit. We hope the fans feel our work has done justice to the show,” says Mondo CEO Justin Ishmael.

The gallery event will also see the premiere of Brewery Ommegang’s new “Game ofThrones” beer where attendees, 21 and older, will be the first to taste the new beer. 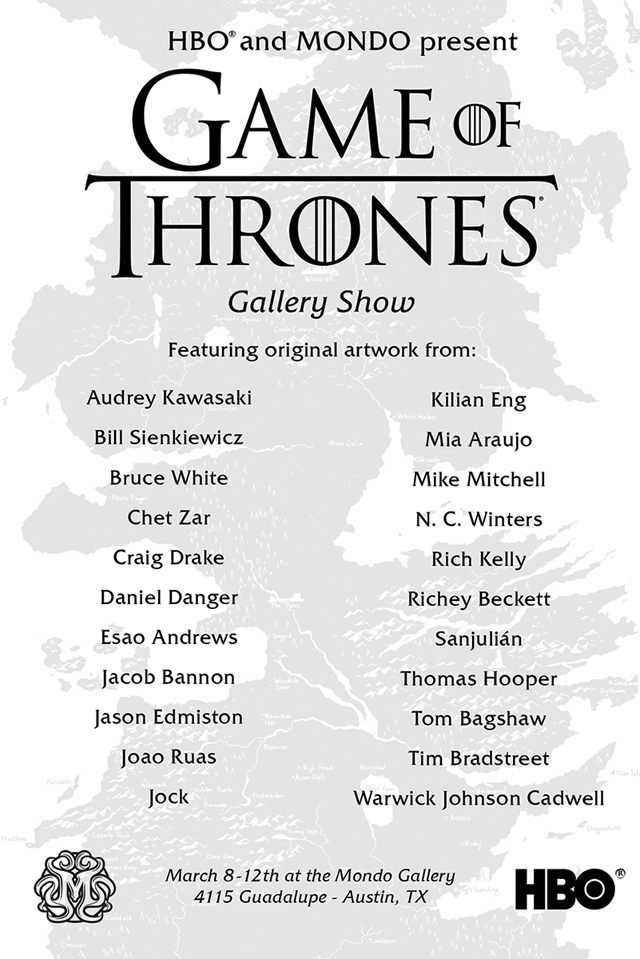