Game of Phones is a card game from designers Luke Stern and Sam Wander that is played using smartphones. As with traditional card games, a card is first drawn, but then players must use their smartphones to win the round. A card might for example say “show your most recent selfie” or something similar, and so all players that didn’t draw the card must quickly find said image and present it. The player that drew the card determines the winner of the round. The game is currently raising funds via a Kickstarter crowdfunding campaign.

One player picks a card and gets to judge that round. They read the prompt to everyone else. Something like ‘Find the best #selfie’ or ‘Show the last photo you took’. Everyone finds something on their phones and shows the judge, who gets to choose a winner for that round. First to win 10 rounds is the overall winner. 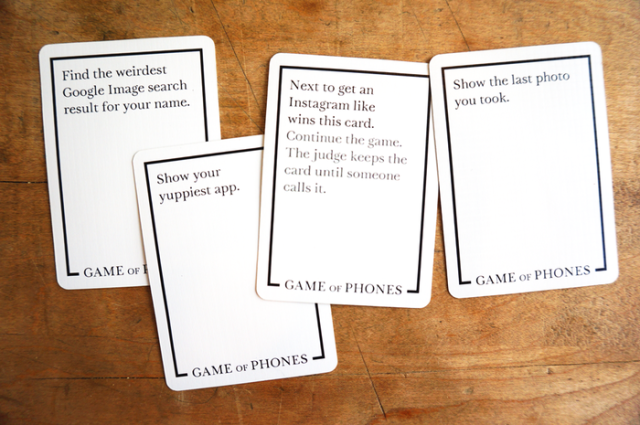 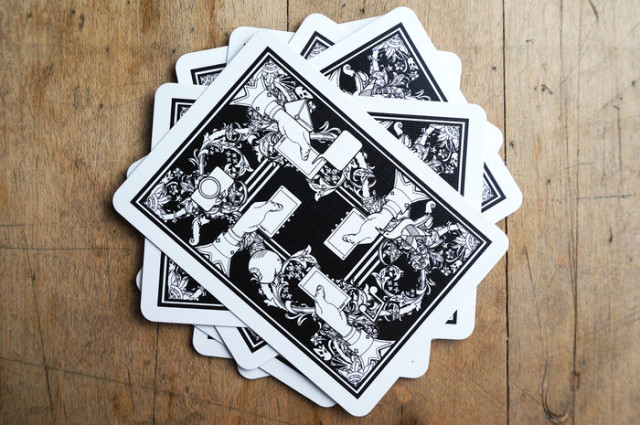 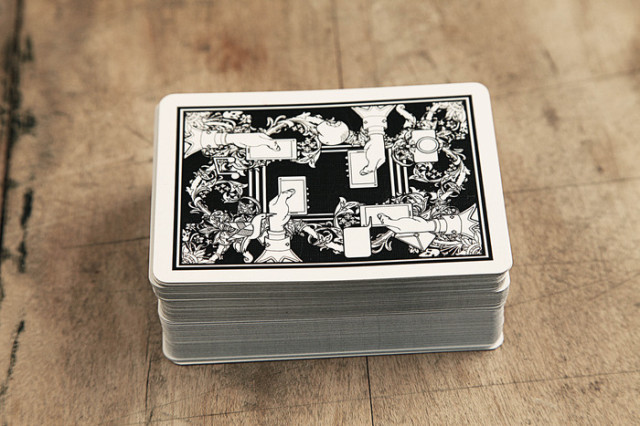 images via Game of Phones