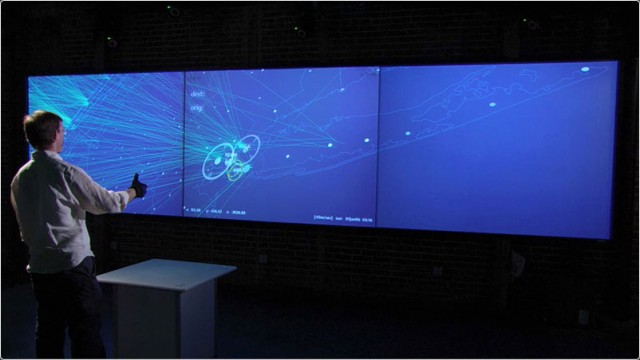 G-speak by Oblong Industries is a spatial operating environment, a futuristic gestural computer interface first seen in the 2002 sci-fi film Minority Report. Computer scientist John Underkoffler is the man behind the film and real life versions of the system, and has been working on the concept since 1984. In addition to g-speak, Oblong Industries has released Mezzanine, a collaboration and presentation system.

Underkoffler presented his research on spatial operating environments and demonstrated g-speak during a fascinating TED talk in 2010.