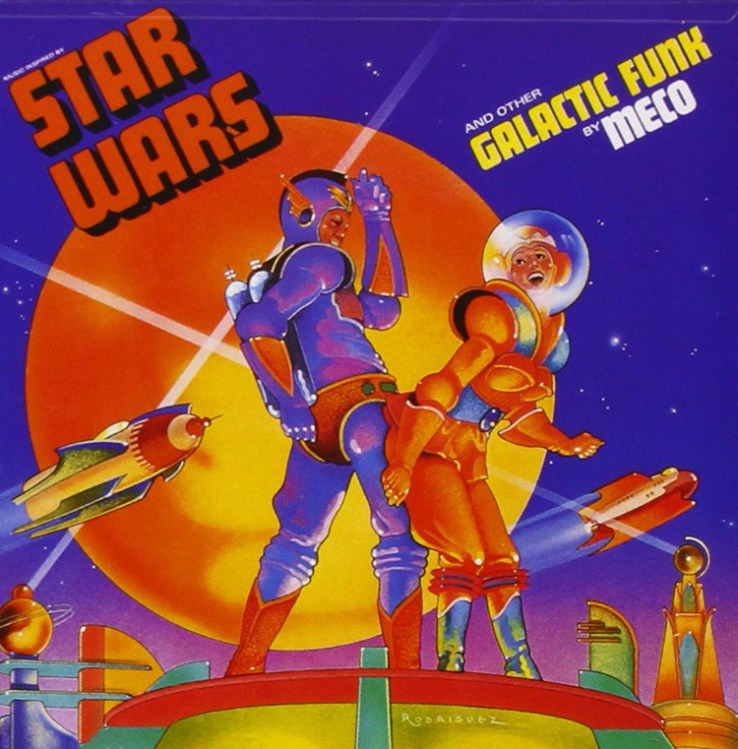 Record producer and musician Domenico Monardo (Meco) and his band released an awesome music album in 1977 titled Star Wars and Other Galactic Funk that featured funky disco arrangements of original songs from the original Star Wars soundtrack by John Williams. The funk is strong with this one.