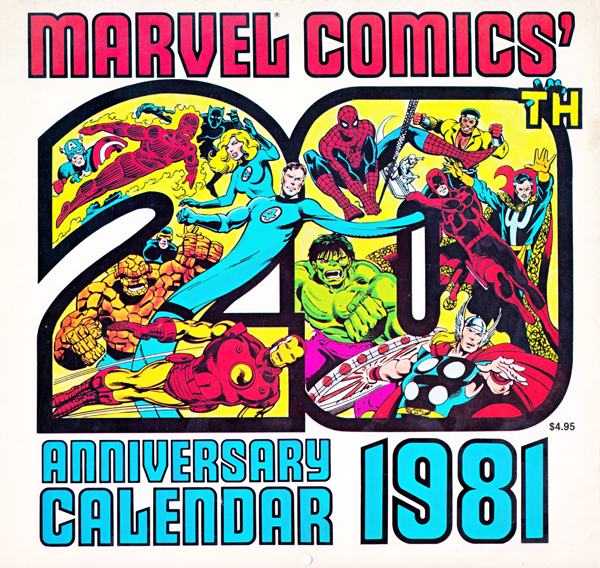 Mark Anderson of Andertoons has posted full-pages scans of the 1981 calendar from Marvel Comics, featuring work by legendary creators like John Romita Jr. and Frank Miller, whose dates line up with 2015’s. Thanks to the repeating nature of calendars, 2014 lined up with the 1975 calendar from the comics publisher.

While there’s a lot of nice 2015 calendars out there, I’m going a little old school and using this 1981 Marvel Comics calendar instead. And as long as I was scanning everything in, I thought I’d share them!