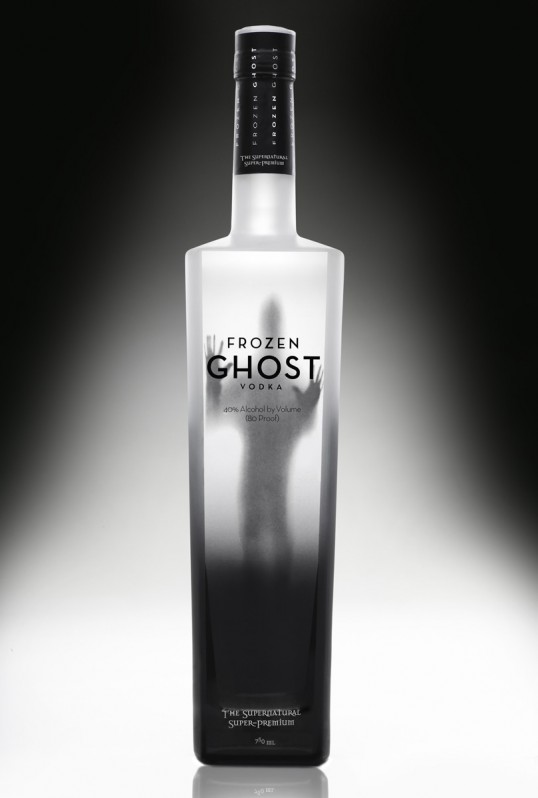 Frozen Ghost Vodka, the “Supernatural Super-Premium Vodka”, not only has the spookiest vodka packaging around but also the best ghost story, The Legend of the Frozen Ghost. Here’s an excerpt:

Generations ago, a family in Western Canada had a proud but small farm. They raised crops and livestock so plentifully, they outproduced all the other farms in the colony. Soon, people began to realize that the spring that watered their land was the sweetest and purest in the area and was thought to be the source of their success…

Dallas agency Levenson & Hill is behind the marketing of this unique vodka that features the frozen ghost character, Tobias, on its bottle.

“We believe that we have developed a narrative that will leave consumers haunted by a mystery that only Frozen Ghost Vodka can solve,” said Andy Harmon, Chief Brand Officer of Levenson & Hill.

The marketing launch for Frozen Ghost includes outdoor, featuring the phrase “Enjoy it with all 6 senses.” POS will grab consumer attention with the phrase, “Grab an extra bottle. This stuff disappears fast.” Delivery trucks will be emblazoned with an image of the eye-catching bottle and the phrase, “The supernatural super-premium.”

The bottle was designed by Levenson & Hill but cast in Poland by Dekorglass. The bottles are manufactured by Bruni Glass in Italy.