Frog Bar is a stop-motion animated short film, in the process of being created, about a frog busboy at a bar who falls for a beautiful frog girl (who is with a mob boss) and the chaos and humor that takes place when the busboy takes her to the dance floor. The short film is being created by director Nick Walker (who has worked in films such as Shrek, Madagascar and Rango), art and animation director Beth Sousa, producer Andy Wood and students at the Academy of Art University in San Francisco. A fundraising campaign on Kickstarter has been started by Andy Wood to help finish the film and acquire needed materials.

Frog Bar is about a Frog Bus Boy working at a Bar occupied by Frog Patrons. Two of these patrons are Mob Bosses, escorted by their henchmen. One Mob Boss has a beautiful frog girl with him (known as “the Mol”). When the Bus Boy sees the Mol, he instantly falls for her and whisks her out onto the dance floor.

However, the bracelet she’s wearing is meant to be used as payment for an exchange that the Mob Bosses are orchestrating. Being whisked away means that her previous date no longer has payment, so he sends his henchmen after her.

Hilarity ensues as the Henchmen are thwarted and the bar turns into a mix of choreographed dance and complete and utter destruction. 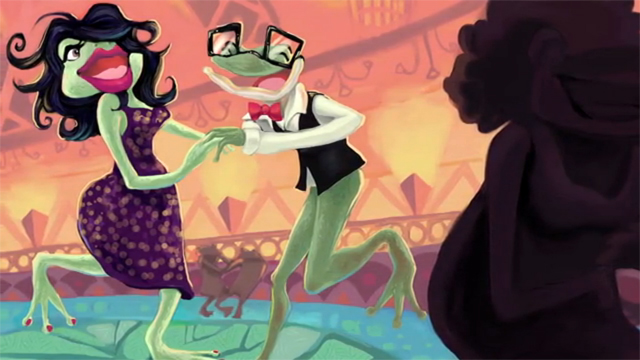 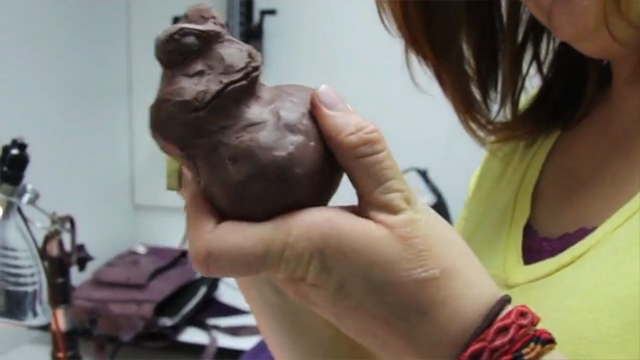