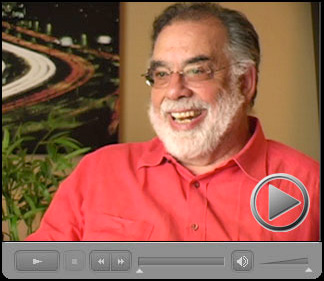 My friend Peter Hyoguchi recently launched Interviewing Hollywood, where he showcases interviews he does with interesting people involved in the film industry. Each interview is broken into a series of videos, each focusing on a question. Peter’s latest interview is with Francis Ford Coppola, the first interview that he has given about his new film “Youth Without Youth”, Coppola’s first new film in 10 years.