Four Eyed Monsters is really great independent feature film made in 2005 by New York filmmakers Arin Crumley and Susan Buice. They have been promoting the film online through their popular video blog and MySpace profile. It has made the festival circuit and now they are releasing the entire 71 minute film online for free via YouTube. This is the first time a feature length film has been available on YouTube. 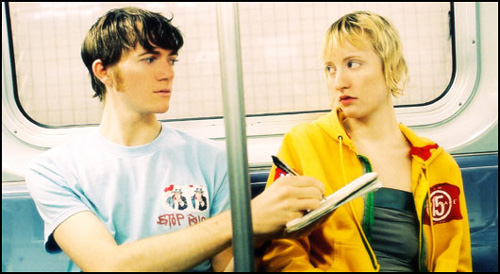 Arin and Susan have accumulated a lot of debt making the film, so they have teamed up with film review and recommendation social network Spout, which is donating $1 for each new member that signs up.