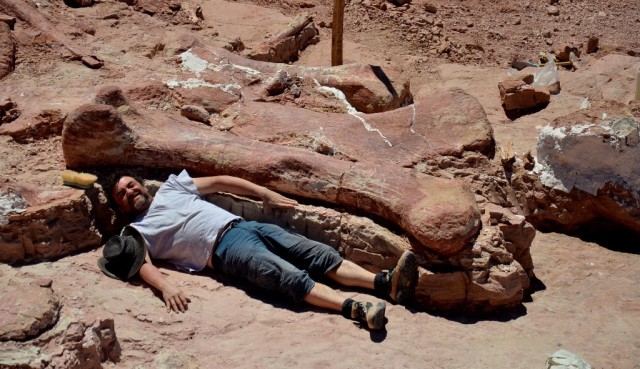 Paleontologists from the Museum of Paleontology Egidio Feruglio have unearthed around 150 fossilized dinosaur bones, representing seven of what’s believed to be the largest known dinosaur to have ever walked the Earth, in the desert about 135 miles west of the city of Trelew in Argentina. The seven are currently thought to be a new species of titanosaur, a group of particularly tall and heavy dinosaur herbivores.

Initial analysis has indicated that the species may have had a length of around 130 feet and reached a weight of 180,000 pounds. According to dinosaur specialist José Luis Carballido at the Museum of Paleontology Egidio Feruglio, that’s the equivalent of “two trucks with a trailer each, one in front of the other, and the weight of 14 elephants together[.]” 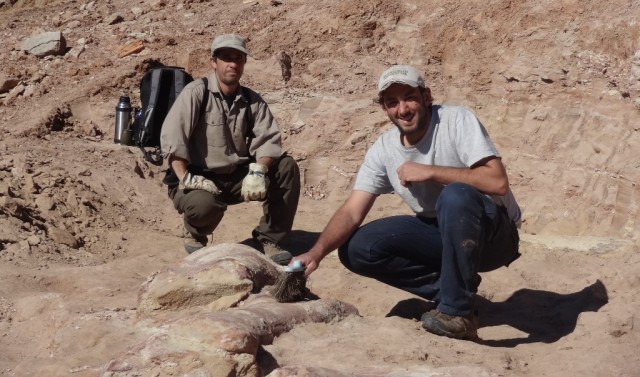 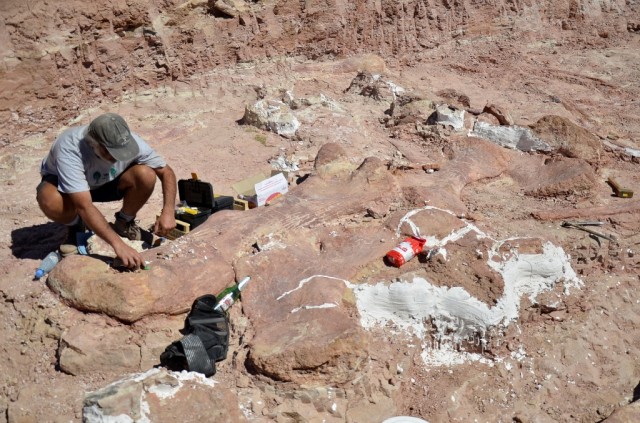 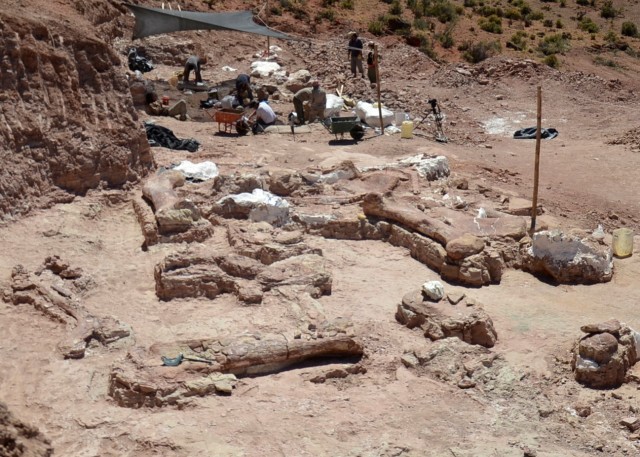