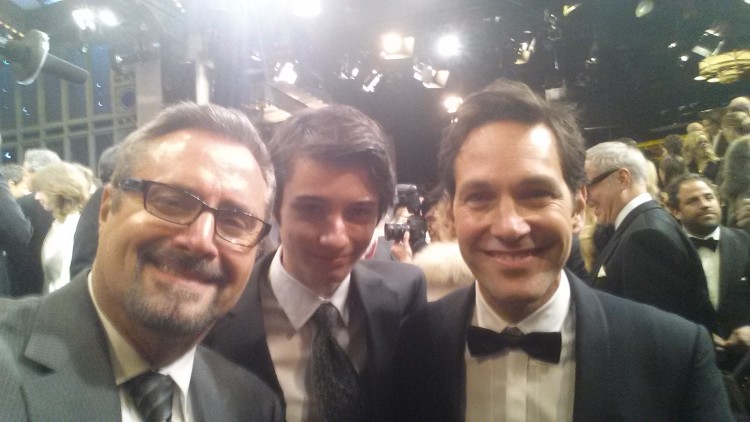 In a recent post on his blog, former Saturday Night Live cast member Gary Kroeger shared his experience behind the scenes at the SNL 40th Anniversary Special. Kroeger took his 15-year-old son with him to enjoy the special event, and in the blog post he talks about sharing the experience with his son.

The Red Carpet was like nothing I’d ever seen before.  Except for glimpses on Entertainment Tonight, I had no idea what to expect.  I handed a nice young woman our “special” credentials, she whispered my name to a guy with a dry erase board who then proceeded to write “Gary Kroeger” and show it to the row of photographers.

Kroeger was a cast member on SNL from 1982 to 1985. Recently he has been considering a possible run for Congress in 2016, which he discussed on the MSNBC show Up With Steve Kornacki.