For The Love Of Spock is a documentary, directed by Adam Nimoy, that both celebrates the 50th anniversary of Star Trek and reflects on the inspiring life of actor and father Leonard Nimoy (Spock). Zachary Quinto, who played Spock in the Star Trek reboot films, will narrate the documentary. It is set to come out sometime in 2016.

Last year, just before Thanksgiving, I approached my dad, Leonard Nimoy, about the possibility of working together on a film about Mr. Spock. I had skimmed through some of the books on the making of Star Trek and felt there was so much more to explore about the creation and development of Mr. Spock. And the timing seemed right, as the 50th anniversary of Star Trek the original series was not that far away. Dad agreed that now was the right time, and that he was 100% committed to collaborating with me on this project. He also reminded me that we were (then) just days away from the 50th anniversary of the start of production on “The Cage,” the original pilot for Star Trek in which dad first appeared as Mr. Spock. (read more) 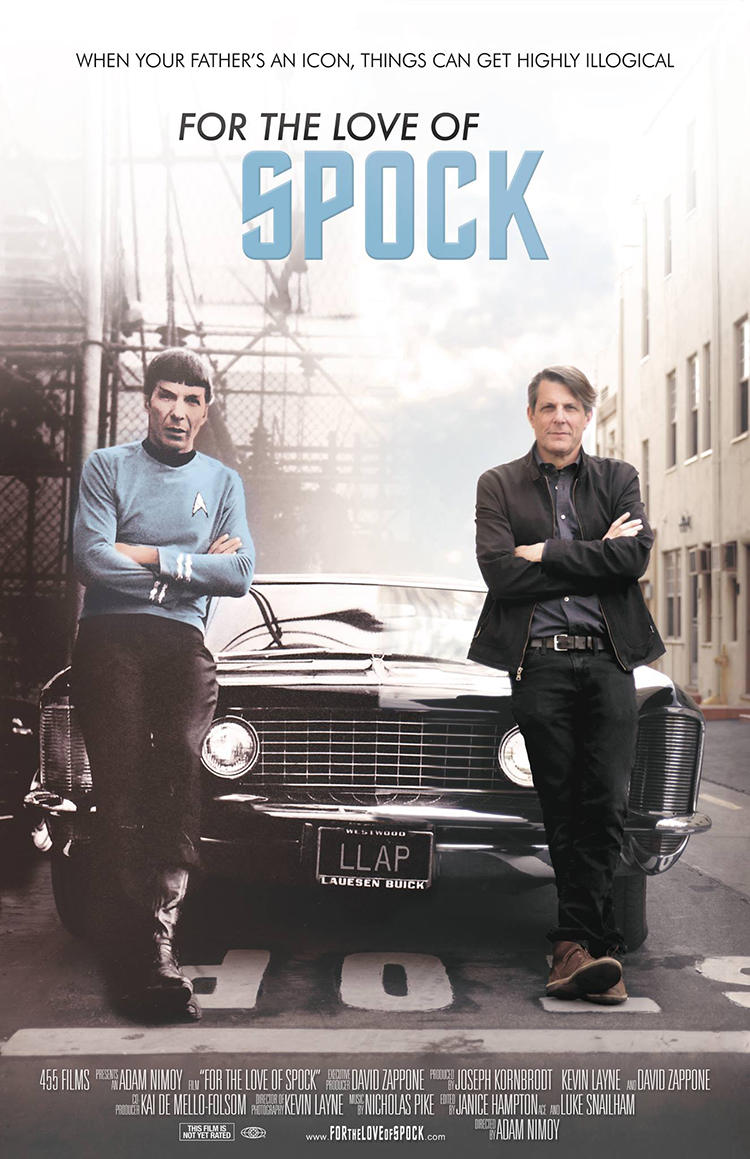 image via For The Love Of Spock