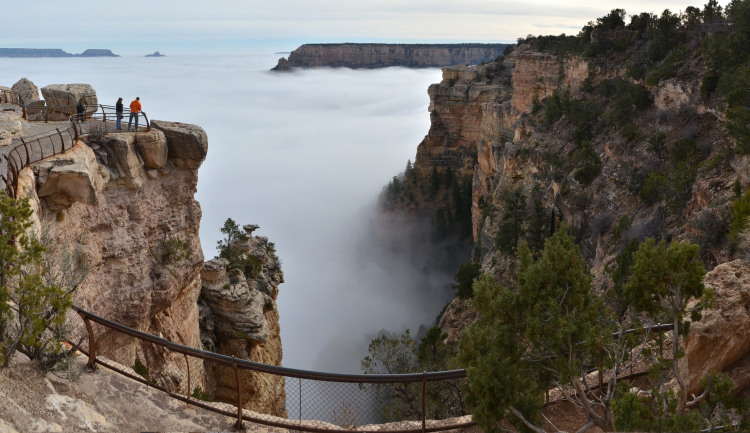 Last Thursday, December 11, 2014, the Grand Canyon was filled with a sea of fog in a stunningly beautiful and rare weather event. The fog was trapped in the canyon by warm air above in what is known as a total cloud inversion. The Grand Canyon National Park has posted gorgeous photos and a time-lapse video of the inversion, which remained through Friday of last week. Such inversions generally happen only once every several years, according to the National Weather Service. However, a similar inversion in the Grand Canyon occurred in December of 2013. 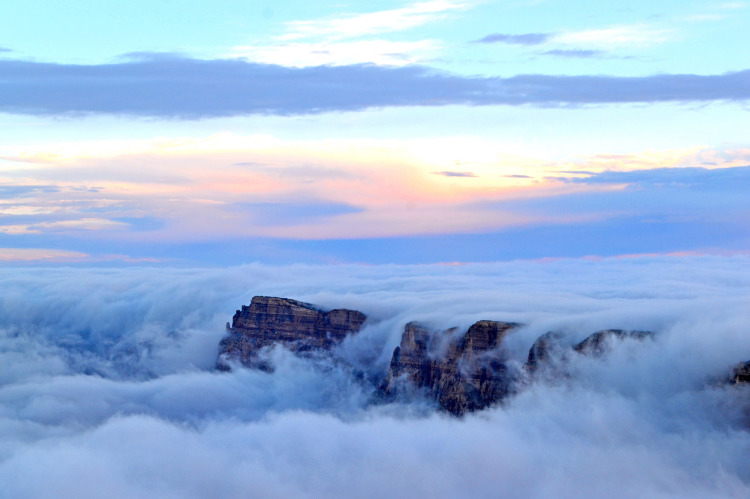 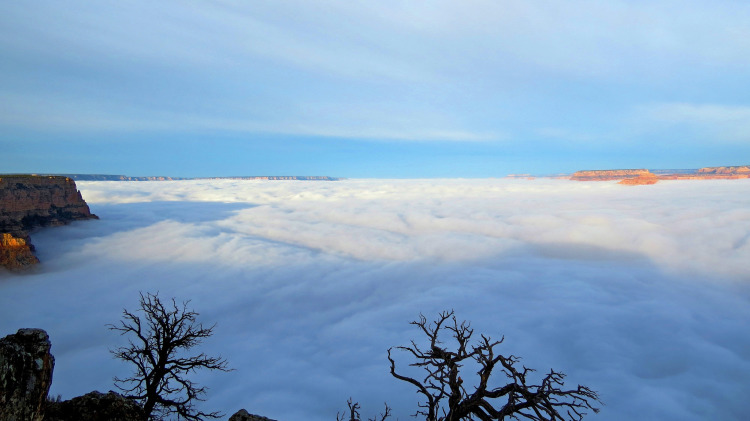 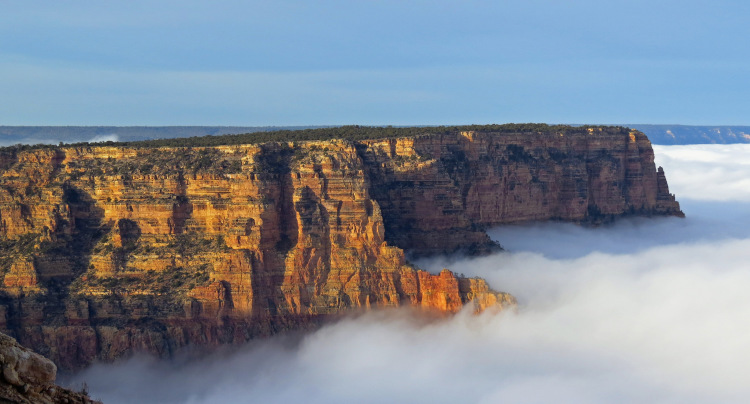 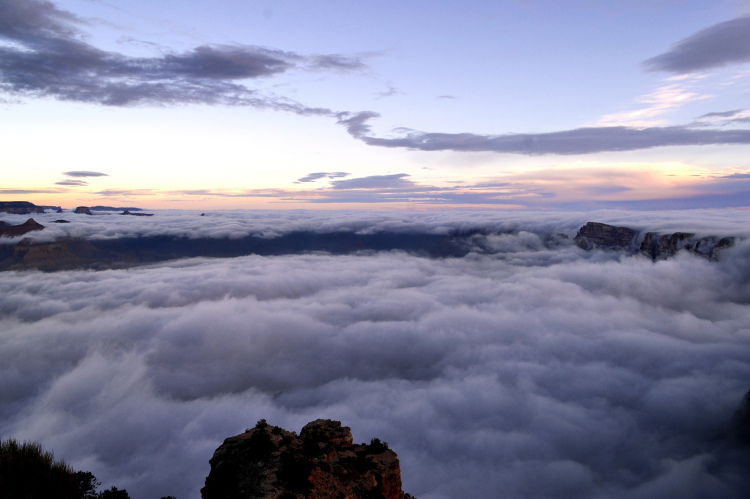