The Flyte lamp features an LED light bulb that hovers in mid-air through magnetic levitation. The hovering effect is achieved through an electromagnet in the lamp’s base and a magnet in the bulb. The base also powers the bulb through the science-magic of induction.

Flyte was designed by Sweden-based designer Simon Morris, who is raising funds for the project on Kickstarter. Flyte is expected to ship in October 2015. 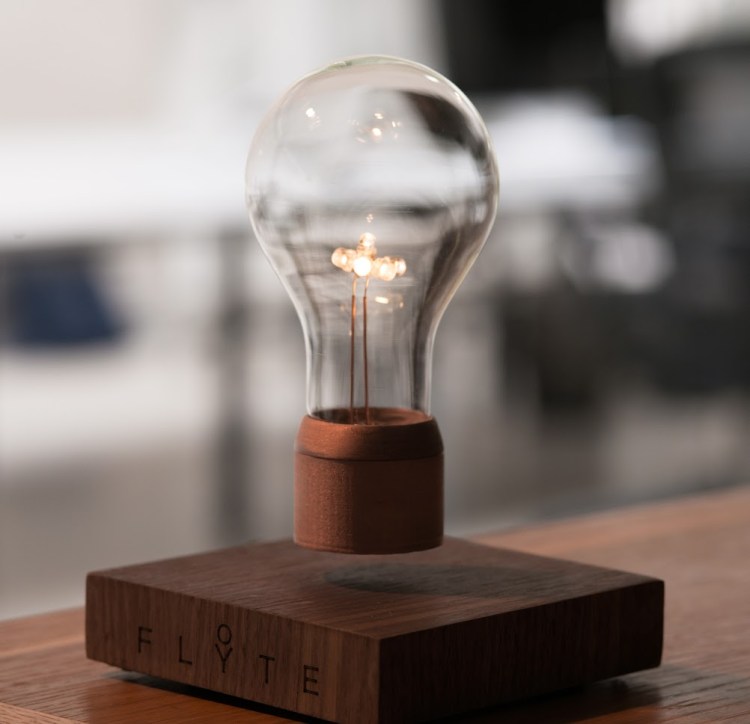