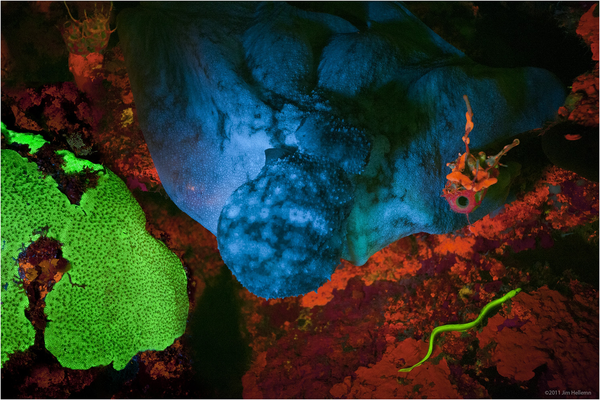 Marine biologist David Gruber was photobombed by a fluorescent eel while photographing fluorescent coral on a trip to Little Cayman Island in the Caribbean in 2011. This was the first time such a creature was photographed in the wild.

Gruber and colleagues have now published their findings about the what makes the unique animal glow in a paper in the journal PLOS ONE. 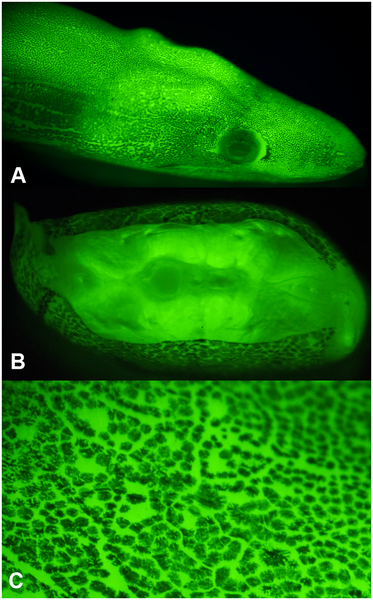 images via PLOS ONE