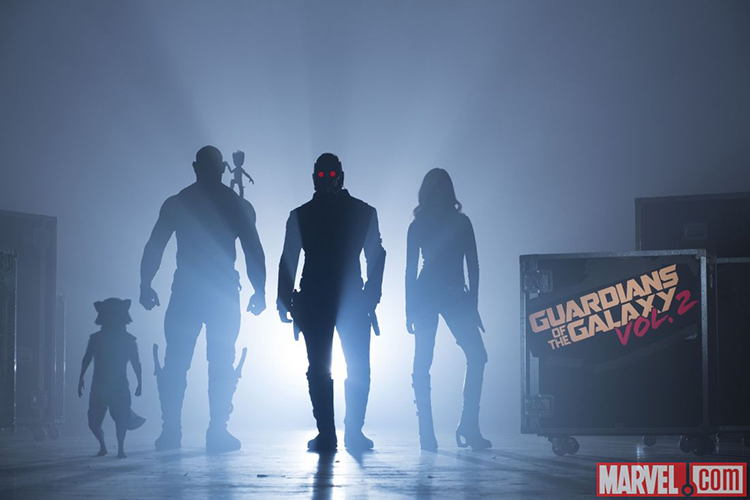 Marvel and director James Gunn have revealed the first of many production photos from the set of Guardians of the Galaxy Vol. 2, which features an adorable mini Groot, and also announced some of the new and returning cast members. One highlight from the new cast roster is the great Kurt Russel in an unknown role. The sequel to Guardians of the Galaxy is currently set to land in theaters on May 5th, 2017.

The film marks the return of the original Guardians, including Chris Pratt as Peter Quill/Star-Lord; Zoe Saldana as Gamora; Dave Bautista as Drax; Vin Diesel as the voice of Groot; Bradley Cooper as the voice of Rocket; Michael Rooker as Yondu; Karen Gillan as Nebula; and Sean Gunn as Kraglin. New cast members include Pom Klementieff as Mantis, Elizabeth Debicki, Chris Sullivan, and Kurt Russell.

Set to the all-new sonic backdrop of Awesome Mixtape #2, “Guardians of the Galaxy Vol. 2” continues the team’s adventures as they unravel the mystery of Peter Quill’s true parentage. (read more)

Official photography on Guardians of the Galaxy Vol. 2 has started, and I couldn't be more stoked.My favorite movie as…

. @PomKlementieff is playing Mantis. As for the rest, you’ll have to wait. https://t.co/NG7ZYGj0YS