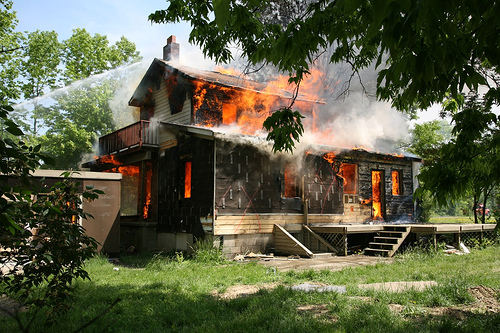 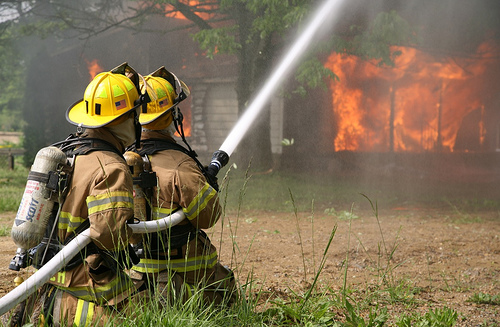 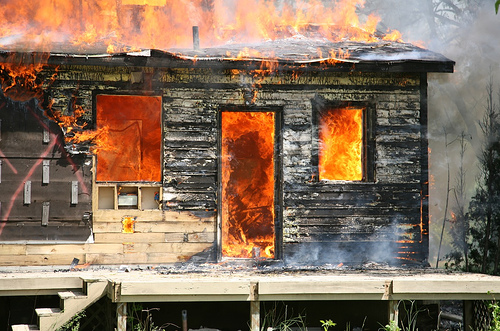 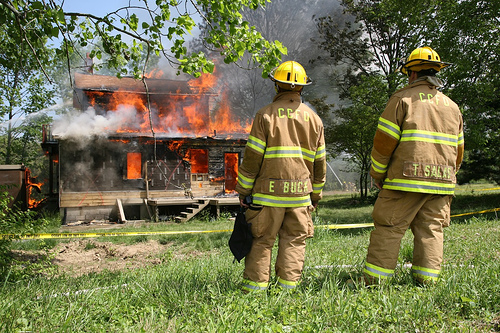 A couple of weeks ago I was in Dayton Ohio visiting friends and family. While I was in town, I stopped by to see my old friend and business partner David Klass who is developing some property south of Dayton off of Route 48 in Clearcreek Township. The name of his development is Auteur Estates with streets named after famous writers like Hemingway, Wilde, etc. On the properly was an old house that was slated for demotion, but instead of just bulldozing it down, David did a really cool thing and donated it to the Clearcreek Fire District for fire training. This gave the local firefighters rare opportunity practice fire suppression of a house fire in a controlled environment.

Of course David let several of his friends know when this was going to take place and luckily I was in town, so I was able shoot a bunch of photos of the burn. It was a really unique opportunity for me to document such a large fire at such a close range, even crossing the fire line on several occasions. It reminded me of the old days of shooting video/photos at Burning Man in the inner circle on the night of the big burn.