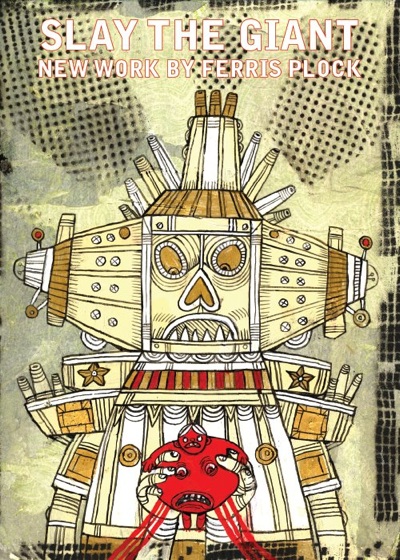 Ferris Plock has a solo show of new works “Slay the Giant” coming up at Lower Haters in San Francisco. The opening reception is this Friday, August 8th from 7-11pm and the show runs through August 8th.

The work centers around the story of an average citizen taking it upon his self to help take down a giant robot that is threatening to destroy the world that he lives in.