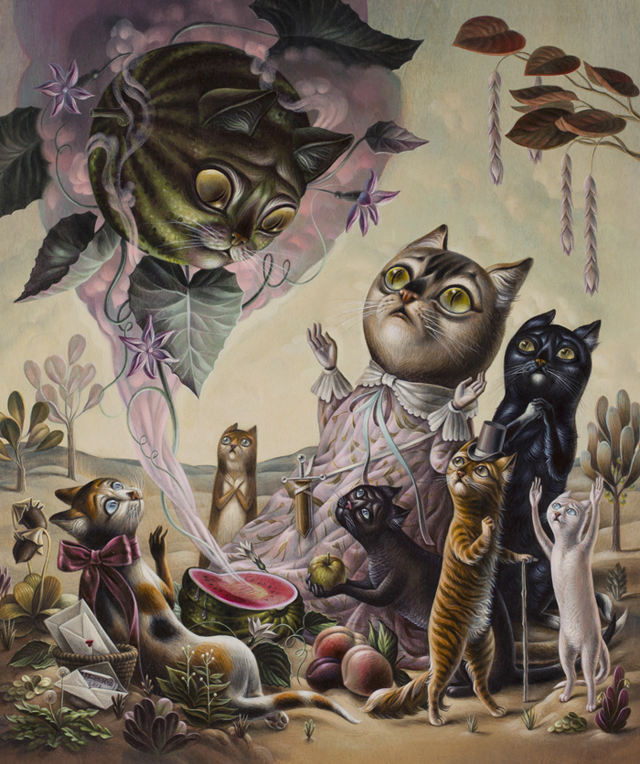 Amsterdam artist Femke Hiemstra has a solo exhibition titled Let The Devil Wear Black that runs simultaneously with Disasterama, a solo exhibition by self-taught artist Ryan Heshka. Both solo shows will open on Friday, December 7, 2012 from 6 to 9 PM and be on display through Saturday, January 5, 2013 at the Roq La Rue Gallery in Seattle.

Femke Hiemstra’s meticulously tight, jewel like mixed media paintings and exquisitely rendered black and white drawings are homes to a dark fairytale land where inanimate objects come to life and frolic with animal neighbors. Lollipops become ship captains, strawberries become giant wrestlers, and vegetables become Halloween gods with lantern eyes. Femke’s use of both pop culture detritus and child-like fantasy create a vibrant playground for the imagination, with each piece looking like a portal for a fantastic adventure, which is left up to the viewer to imagine the story that lies inside.

Ryan Heshka unapologetically pays homage to Golden Era sci fi pulp while creating a style that is also uniquely his own. He explores themes of man vs nature, (even though often the “nature” is from another world) as well as the exploring the ideology of pushing the limits of science as a tool to help and further mankind, and the technological terrors that can be inadvertently unleashed as a result. His work is usually acrylic painted on wood panel, heavily varnished and embellished with tags cut from pulp magazines, which serve as inspiration and explanation of each piece. This new show will feature a range of paintings including some of his largest works to date. 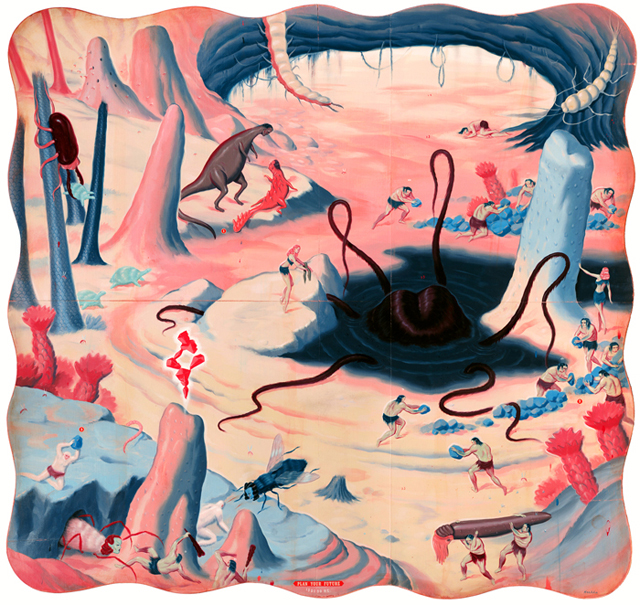 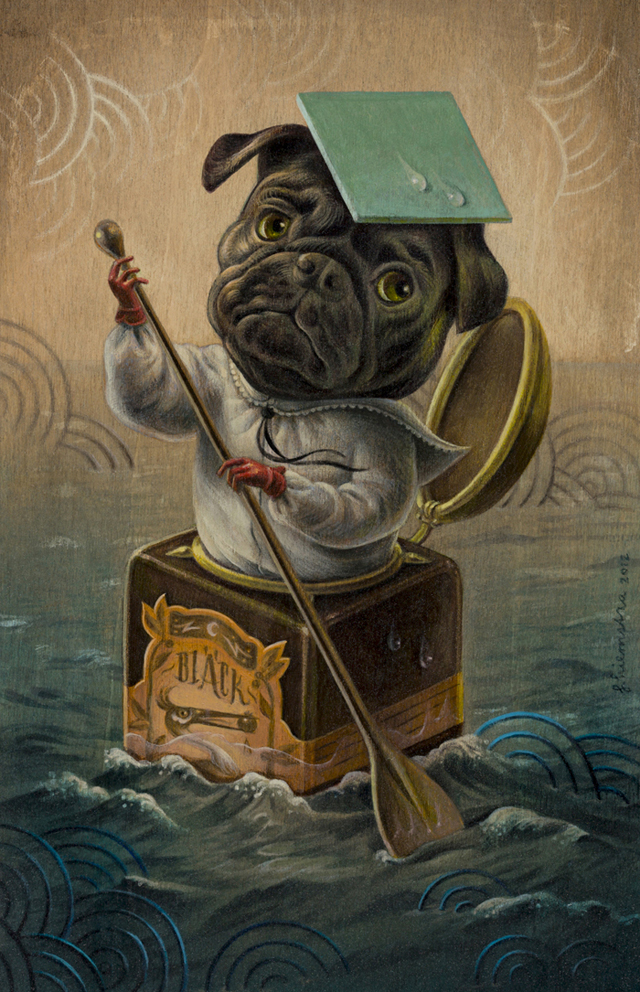 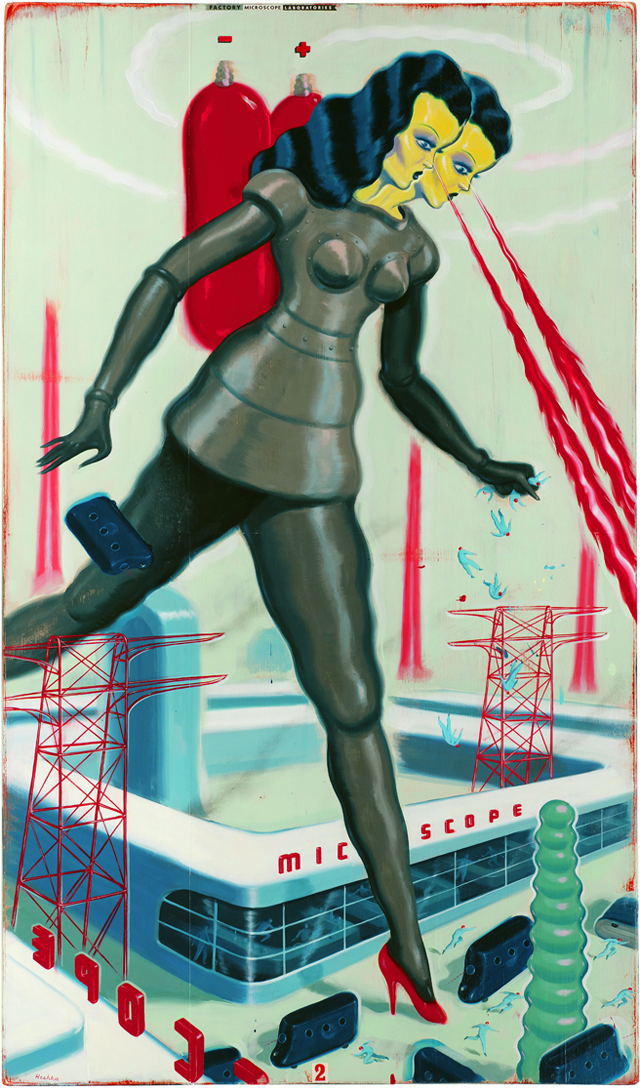 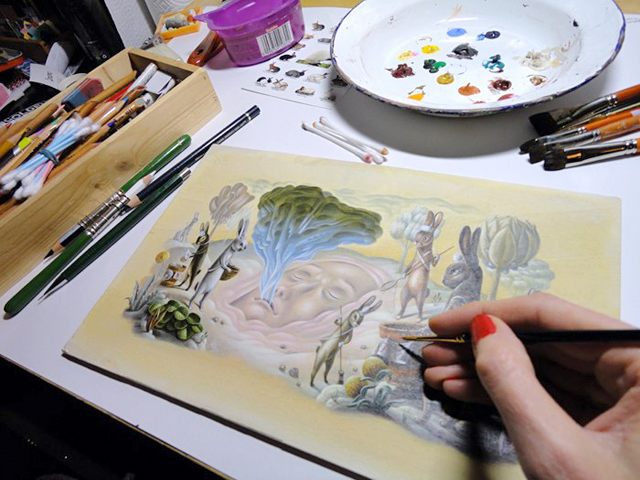 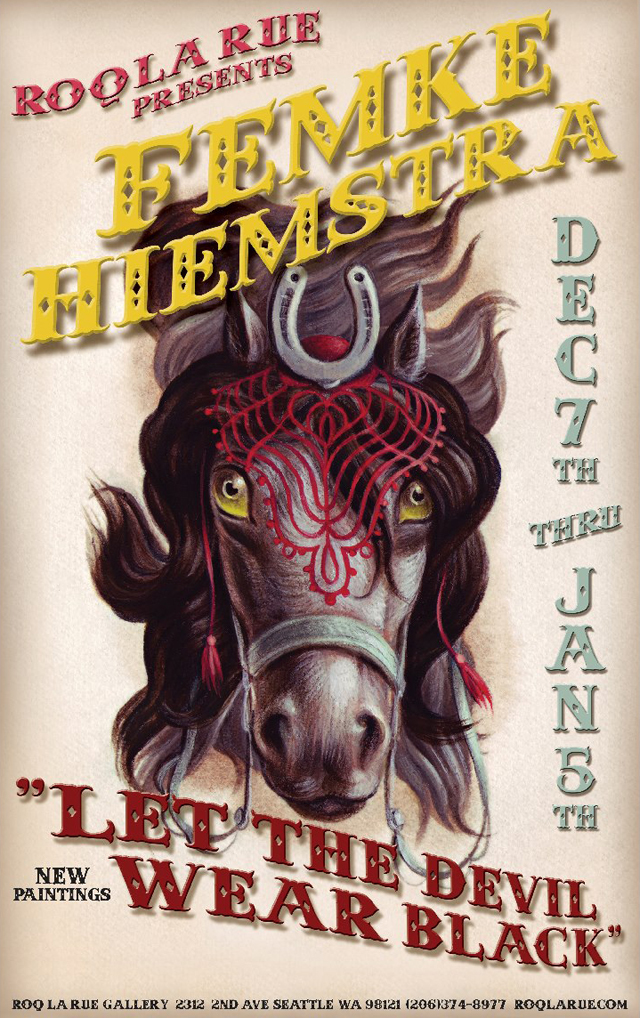 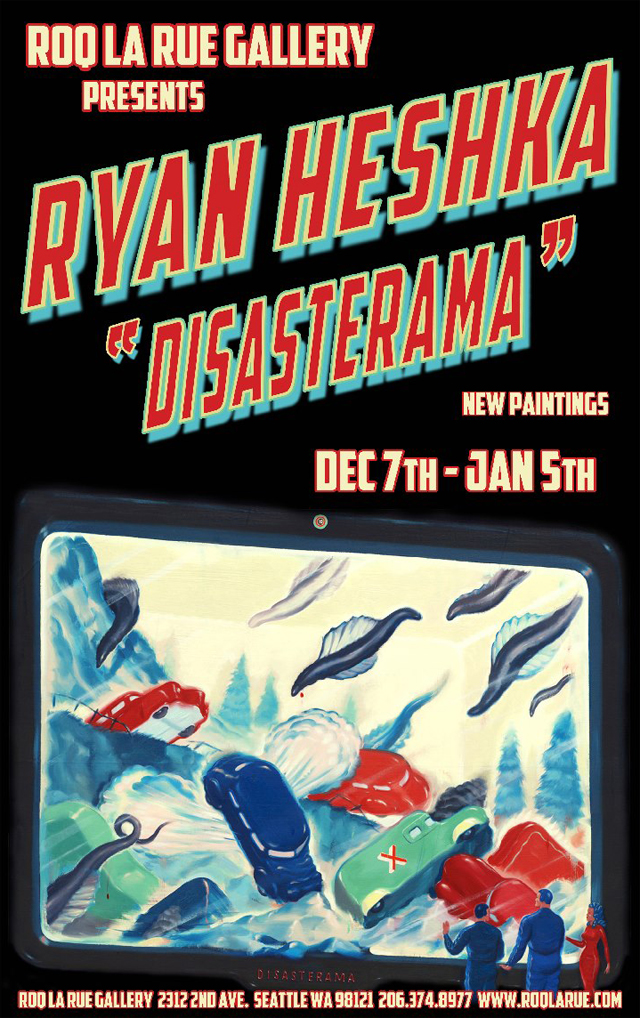